11 Beautiful Things to Do in Bontang, East Kalimantan

Indonesia is absolutely beautiful and full of tourist destinations. Almost in every corners of the country, we can see various destinations. Every region in Indonesia has its own unique unique destinations. One of them is Bontang City, East Kalimantan.

Bontang City is in fact not the famous city like other cities in East Kalimantan such as things to do in Balikpapan or things to do in Samarinda with their own beauty and tourist destinations. However, the city is quite interesting with its destinations. There are a lot of attractions in Bontang that is less known and less exposed by public. Here are some of them: 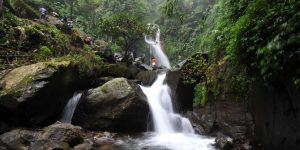 The first destination in Bontang is Kutai National Park. The park is the main attraction in East Kalimantan that has most of its region in East Kutai Regency, and the other half, including the administration office of the park, in Bontang.

Besides of the natural attraction, the park is also functioned as rehabilitation facility for the nearly extinct orangutan. The park also has other functions such as the camping ground, research sites, and natural education. Kutai National Park is 200.000 ha and inhabited by various species of trees and animals.

The vegetations in the park including mangrove, tancang, Australian pine, meranti, rafflesia flower, and a variety of wild orchids. For the fauna, the park is dominated by orangutan, long-nosed monkey, southern pig-tailed macaque, Kalimantan owa, crab-eating macaque, and slow loris. If we wish to visit Kutai National Park, we will be charged an entrance ticket Rp. 10.000 per visitor for domestic tourist in weekday and Rp. 15.000 in weekend. For the international tourist, the ticket will be Rp. 200.000 in weekday and Rp. 300.000 in weekend. It is very suitable for family destination. 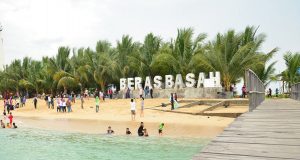 Beras Basah Island is another tourist destination in Bontang that has to be visited. Your trip to Bontang will not complete without visiting this destination. The beautiful island of Beras Basah is the paradise of Bontang City and also popular among domestic and international tourists. The island will be the perfect place for those who seek to get out of the crowded and frantic city life. This is because the island has clear sea with soothing waves and the sand as white as rice.

The waves in the island are calming that they make anyone wants to stay longer on the beach. Not stopping there, the underwater landscape can also be seen from above because of its clearness. The origin of the island’s name is believed to be derived from a story about a ship that brought rice that anchored on the island. Afraid of the waves, the crew dropped the cargos in the island, and the rice was wet because of the waves.

That eventually becomes the name of the island, Beras Basah, or Wet Rice in English. The characteristic of the island is the white lighthouse that the construction year is unknown. In order to reach the island, we need around an hour from Bontang City. 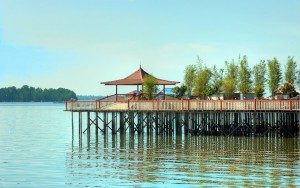 If you want to explore the island, then it is suggested to explore it by walking, or if the trip is far you can ride motorcycle. This is because the rule that forbids the operation of four wheels transportation. The village provides parking area for the vehicles. This doesn’t make Bontang hard to be accessed.

It only takes approximately 10 minutes to the west of Bontang City with motorcycle. The beautiful scenery can be seen in this place. Besides of the scenery, you can also do some culinary hunts in this place, including the unique Bontang culinary that mostly consists of seafood, such as grilled fish. 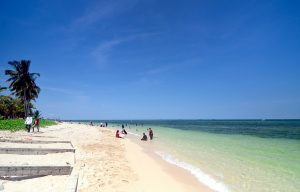 The next destination in Bontang City is Kaba Bay. It is part of the Kutai National Park. Kaba Bay offers its own unique attractiveness for those who have an adventurer spirit.

There are many interesting outdoor activities in Kaba Bay such as camping, snorkeling, fishing, tracking, and exploring the forest. If you are challenged to do such things, then Kaba Bay is the right destination for you.

Indeed, this is one of many best things to do in Bontang, East Kalimantan. 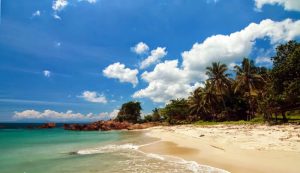 As time went by, the beach is open for public. The Marina Beach is really appealing. Besides of its clean beach and white sand, Marina Beach is also vegetated by pines that grow near the beach. 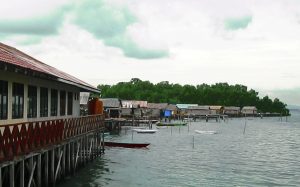 Selangan Village and Tihi-tihi is another unique tourist destination. The place is a fish cultivation destination on the sea. It is located right in the middle of Makassar Strait. In the village, the traditional fishermen cultivates seaweed, thus, there are abundant amount of seaweed that it becomes the staple food in Selangan Village.

The seaweed from the village is marketed to Surabaya, Jakarta, and even Japan. It takes about 45 minutes by boat in order to reach the village.

You may also love to visit and enjoy the Things to Do in Samarinda, East Kalimantan Indonesia 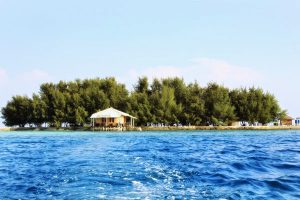 Gusung island is another island destination in Bontang City located in norther region of Bontang, around 6 miles to the open sea. To reach the island, you can use speed boat for about 20 to 25 minutes which can be rented in Loktuan Harbor, Tanjung Limau Harbor, and Bontang Kuala. Along the way to Gusung Island, you can see Kaltim refineries or fertilizer factory. If you happen to be on the trip at night, the view of the refineries will be great because of the neon lamps of the factory.

Gusung Island is also inhabited by 300 families with traditional fishing as their livelihood. Unfortunately, the destination lacks of tourist facilities. The notable facility in the island is Tombat Dock with lodgings that belong to Posyandu that can be used by the visitors to take a rest and grill seafood. Now, Gusung Island has a beach volley arena made by the local community. 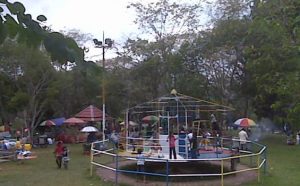 Cibodas Park is located in the industrial area of PT. Pupuk Kaltim. In weekend, the park is visited by a lot of visitors as the recreational place because of its easy access. Indeed, East Kalimantan is a great Places To Visit in Indonesia

The park also has several recreational facilities such as children playground, place for family gathering, animal statues, a plane and a speedboat that are used as displays. Indeed, things to do in Bontang, East Kalimantan.

Besides of the tourist destinations, Bontang is also famous for its interesting attractions that are parts of Bonang cultures. Some of the cultures and things to do in Bontang, East Kalimantan are: 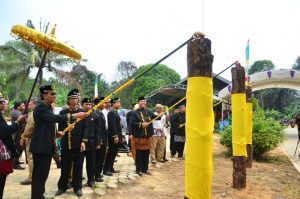 Melabuh Perahu is a unique ceremony that makes miniature of a boat to be drifted away to the sea.

The ceremony is performed in Mulud month right after harvest season. The purpose of the ceremony is to cast out diseases from the village.

The procession starts with the Pawang gets into the arena and starts to dance with traditional music instruments like gong, gelintang, and drum, and eventually the Pawang will be possessed to dance around babalai.

Membuang Ance is also called as Salo Mapeno, which means to toss offerings to river. The ceremony is executed whenever there is a sick child because of the interference of his twin that is believed to be a crocodile. The ceremony is believed by the local communities to be the cultural heritage from the ancestors that should be preserved.

Guntung is the name of a region in Bontang City that is adjacent to East Kutai. Erau Pelas is the name of the ceremony. The name Erau or Eroh means full of joy, while Pelas means to clean the area from negative things. The ceremony is conducted with the slaughter of an animal whose blood is splashed to the earth as a symbol of gratitude to the blessing of the God.

10 Pleasing Things to Do in Probolinggo East Java

10 Top Things to Do in Yogyakarta Palace (Amazing Culture)

5 Amusing Things to Do in Kutai Kartanegara...

How to Spend Your Money in Balikpapan

13 Things to Do in Samarinda, East Kalimantan...

11 Top Things to Do in Balikpapan Indonesia...

15 Things to Do in Derawan Island Indonesia...