10 Top Things to Do in Yogyakarta Palace (Amazing Culture) 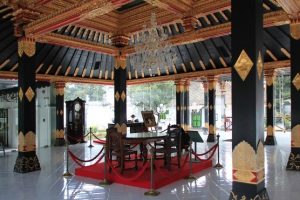 However Yogyakarta Palace is still the residence of the King of Yogyakarta. Therefore you must maintain the attitude and behavior. Yogyakarta Palace is opened for tourist every day from 9 am – 2 pm. But on Friday the palace is closed at 11.00 pm. The admission is Rp 5,000 for domestic tourists and Rp 15,000 for foreign tourists. 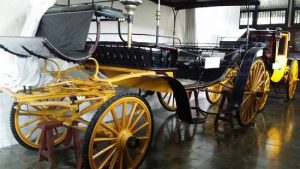 Inside the Yogyakarta Palace there are several museums of historic objects which belong to the royal family as well as gifts from the royal guests. You can see it all by entering room by room. Do not miss any existing collections.

3. See the Activities of Abdi Dalem 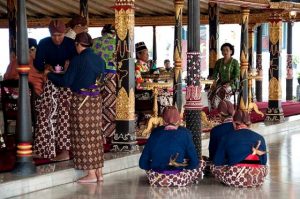 The obligations of Abdi Dalem are not small. Some of them are attending traditional ceremonies, working 12 days a month and required to follow the ritual of Wiyosipun Dalem. The doers of Abdi Dalem consider being a servant of the palace as an honorable job. No wonder they come from various backgrounds such as lecturers, physicians, civil servants and entrepreneurs. 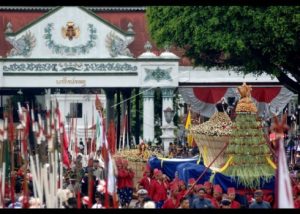 Grebeg is one of the traditions of the Sultanate of Ngayogyakarta Hadiningrat that is held three times a year to coincide with the big days of Islam; Grebeg Syawal (welcoming Eid Al-Fitr), Grebeg Maulud (commemorating the birth of Prophet Muhammad) and Grebeg Besar (welcoming Eid al-Adha).

Grebeg begins with a parade of Yogyakarta Royal Warriors guarding the mountain which is a large quantity of food arranged to resemble a mountain. The parade moves from Yogyakarta Palace to the North Square. Upon arriving, the mountain is taken to the Gedhe Kauman Mosque to be prayed by the imam. After that the mountain will be lowered and people will scramble to take food that is on the mountain because it is believed to have blessings. In addition to the Yogyakarta Palace, Balinese temples are also famous for its amazing tradition. Take time to come to Bali and see things to do in Balinese temples. 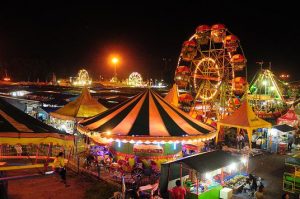 Sekaten is a ritual in Yogyakarta Place which is held to commemorate the birth of the Prophet Muhammad. It is enlivened with night market for a full month. The ritual is officially opened when Abdi Dalem of Yogyakarta Palace take Kyai Sekati gamelan out of the palace on the 5th Maulud.

The gamelan is played for 6 days 6 nights. After that the procession continues with the biography of Prophet Muhammad. Once completed, the gamelan is returned to the palace. The next day, the 12th Maulud, is held the Grebeg ceremony. 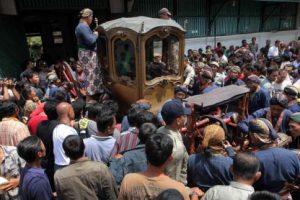 Every first day of Friday Kliwon or Tuesday Kliwon in the month of Muharam or Suro, Yogyakarta Palace carries heirloom washing such as keris, spears, swords and carriages. On the first day, the heirlooms to be washed are spears and keris. This event is only for the royal family.

The second day, which is open to the public, the heirlooms to be washed are the royal carriages. Among them is the Kanjeng Nyai Jimat carriage which was made in Portuguese in 1750. The wastewater will be scrambled by people because it is believed to bring blessings. 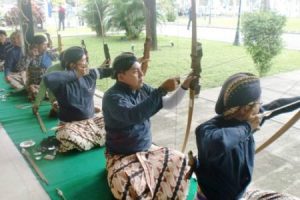 Mataram style archery is an art sport that is held regularly in Kemandungan field located in the Yogyakarta Palace complex. The participants, both men and women, are required to wear Javanese fashion.

The participants sit cross-legged facing southward. The distance between them and the target is 30 meters. Each archer can launch four arrows each round. The Mataram style archery competition is held every 35 days on Tuesday Wage which coincides with the birthday of Sri Sultan Hamengkubuwono X.

More top things to do in Yogyakarta Palace, Indonesia. 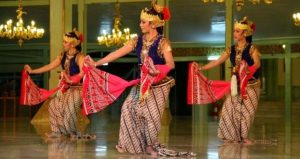 The Srimpi Dance was a mystical dance performed only in the Yogyakarta Palace for state ceremonies and anniversaries of the Sultan’s reign. Now the dance is featured to welcome guests and as a cultural events. The Srimpi Dance depicts gentleness and courtesy, which is shown by slow and gentle movements by each of the dancers.

Srimpi Dance from time to time has undergone many developments, including in terms of duration and costumes used by dancers. In the Sultanate of Ngayogyakarta Hadiningrat, Srimpi Dance is classified into 3 namely Srimpi Babul Layar, Srimpi Dhempel and Srimpi Genjung. The Yogyakarta Palace holds a dance performance every Thursday at 10 am. Seeing Javanese traditional dances is also one of things to do in Yogyakarta’s Prambanan Temple. 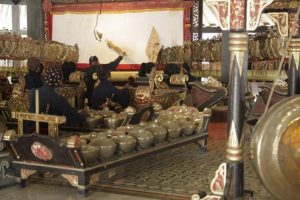 Leather Puppet is one of the icons of Javanese culture. Every Saturday, at 9 am, Yogyakarta Palace holds a leather puppet show that is open to the public. The show is interspersed with comedy so the audience can be more entertained. 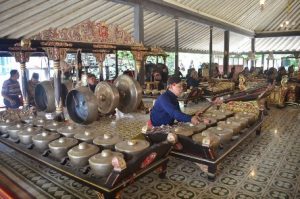 Gamelan is an important instrument in the world of Javanese art. Gamelan is a unity of various elements of musical instruments that sounded together. Gamelan in Java is believed to be the oldest gamelan and the origin of gamelan that exist outside Java.

Every Monday and Tuesday, at 10 am, is held a gamelan show at the Yogyakarta Palace. Gamelan can be staged as an individual show or as a accompaniment. The UN has determined that gamelan is a cultural heritage that must be preserved and protected.

11 Beautiful Things to Do in Bontang, East Kalimantan

20 Unique Cafes in Yogyakarta to Hang Out in