Home » attraction » Yogyakarta » Gay Places in Yogyakarta Indonesia – Is It Exists There?
Yogyakarta

Gay Places in Yogyakarta Indonesia – Is It Exists There? 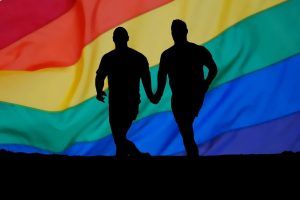 Indonesia is a conservative country regarding gay issues. Gay people in Indonesia always hide their sexual identity. Being a homosexual in Indonesia is not acceptable. No wonder gay people always feel insecure and scared. Even in big cities that are defined as metropolitan and the population is more educated there is still homophobia. Jakarta, Bali, Yogyakarta, Surabaya, Medan, Makassar, they all are discriminatory towards gays.

The gay communities in Indonesia cannot be open about their sexuality for safety reason. When gay people go out, they never say they are gay. People always have a negative view of gays. Gay people are thought to spread AIDS disease. Even further, homosexuality is considered a disease. This is certainly different from the conditions in rich countries where gay people can show their sexuality comfortably in public.

Although Indonesia is considered a secular country and has undergone reforms in the political and cultural fields, most Indonesian attitudes towards gay rights remain unchanged. In fact, anti-gay discrimination is increasing. Recently, the House of Representatives is proposing a bill that will criminalize all forms of same-sex relations.

The debate around same-sex relationships has led to more frequent judgment and persecution of the gay community. Even the police regard homosexual activities as a crime. In Jakarta, in 2017, there was an arrest of more than 140 gays who were partying at a club. Things like this create unrest among the gay community. They are worried, angry and afraid.

Caution is increasing as the debate continues politically regarding the issue of same-sex relations. However, with or without law, most Indonesians consider homosexuality to be a crime. They will carry out acts of judgment and persecution on someone who is suspected of being gay. It is a shame that it is unlikely that a gay person will get his rights or justice in the Indonesian justice system.

Considering that gay people tend to be discriminated in Indonesia, it is very rare for a gay person to express himself in public. Therefore it’s not easy to find places where gay people gather. Usually those places are only known through rumors. If you try to confirm the truth, surely those places will deny it. So use the information below only as a guide to find gay places in Yogyakarta.

It is a fact that gay people love to swim and have a healthy lifestyle. While in the pool, in addition to swimming, they also have the opportunity to entertain themselves by seeing the bare-chested men. Even if they can not swim, they still love to sit by the pool just to see men passing by. If a gay has seen a person who matches his criteria, he will then signal the codes that are expected to be understood by the person he meant. Seeing is believing, so see it for yourself. Come to the UNY pool in the afternoon.

In addition to being a place to shape the body, the gym is one of the favorite places for gays for selfie, showing off their six pack abs and certainly looking for a partner. It is a common secret that most people who go to the gym are gay. Therefore this place has become a kind of hangout place for gays to find a partner. One of the favorite gyms for gays in Yogyakarta is the Lembah Fitness UGM.

It is undeniable that gay people love to huddle with their friends. Only among their friends, gay people can be themselves. Their sexual orientation will be fully accepted without judgment. In Yogyakarta, it is said that there is an event called “Rabu Gaul” at a cafe named Kofisyop. This Wednesday event is often used as a gathering place for gays. In addition, it is also said that there is a special gay cafe called Banana Cafe which is located at Prawirotaman Street.

The store is located in Kledokan. Affordable food and beverages make this place a favorite hangout for gay people. Try to sit on the right section. Most likely you will find gay there.

Taman Sari Amplas is a food court that is quite popular among gays. Although this food court does not specialize for gay, but every weekend you can easily find gays here. Try sitting on the outside, there will be many eyes that glance at you.

Once a month, Gnite Party is always held in one of Yogyakarta’s clubs. Recently Gnite Party is often held at BOSHE. Make sure you come to this event if you want to meet the gay community in Yogyakarta.

Most of uptown gays with fashionable looks love to hang out at Malioboro Mall. Usually they look for partners for one night stand. Gays who come from outside of Yogyakarta often gather here as well..

It’s been rumored that most of the male employees here are gay. If you have time to spare, watch the event here called “Oyot Godong” on Saturday night at 7 pm. You can meet the gay community and socialize with them. Do not forget to flirt with Raminten’s employees. Most likely they will give you a smile that has a thousand meaning.

It is said that Yogyakarta also has a gay-only bath. The bath is allegedly located at Umbul Permai, near Hyatt Hotel. People say the bath is visited by gays from 5 pm to 9 pm.

Just be careful if you want to look for gay places in Yogyakarta. Most Indonesian people still think being a gay is a crime based on religion and tradition.

Hipster Places in Yogyakarta – Traditional but Cool Enough to Visit