China Town has been in Jakarta since the Dutch colonial era. At that time, the Dutch government brought the Chinese to work as laborers. There were also Chinese who sailed to Jakarta to trade. Unquestionably, after hundreds of years Chinese culture fused with local culture. That’s why it is interesting to see the lives of Chinese in Jakarta. Let’s see the best things to do in China Town Jakarta ..! 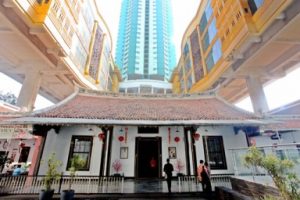 Candra Naya Building is a cultural heritage building which has typical Chinese architecture. The building was built in 1807 by Khouw Tian Sek, a famous landlord of the time.

How to Get There
Candra Naya Building is located at Gajah Mada Street, No. 188, West Jakarta Opening hours is 8 am – 3 pm. It’s free entry. 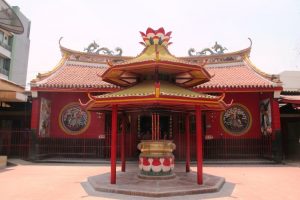 Vihara Dharma Bhakti, also known as Kim Tek Ie Temple, is the oldest Chinese temple in Jakarta. This temple has been established since 1650, or since the Dutch colonial period.

How to Get There
Vihara Dharma Bhakti is located at Kemenangan III Street, Glodok, West Jakarta. 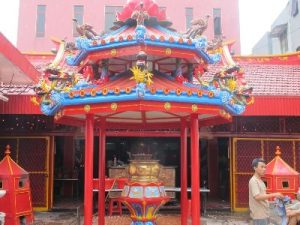 Toa Se Bio Temple was built in 1751 to honor Toa Sai Kong, who is well known as His Excellency Ambassador. Toa Sai Kong came to Batavia (Old Jakarta) in 1741, a year after the bloody massacre of the Chinese by the Dutch colonialists.

How to Get There
Toa Se Bio Temple is located at Kemenangan III Street, No. 48, Glodok, West Jakarta. 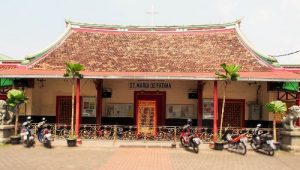 The Church of Santa Maria De Fatima was once the house of a Chinese millionaire. It is estimated that his house was built in 1850.

In 1955 a Catholic priest bought the house and turned it into a church. So it is not surprising that Church of Santa Maria de Fatima is heavily influenced by Chinese culture, both exterior and interior. In 1972 the government established the church as a cultural heritage building because of its unique architectural style which is Fukien style, South China.

How to Get There
Church of Santa Maria de Fatima is located at Kemenangan III Street, No.47, Glodok, West Jakarta. By the way you should also spend time visiting the Cathedral, the oldest Catholic church in Jakarta. You will have a few things to do in Cathedral Jakarta. 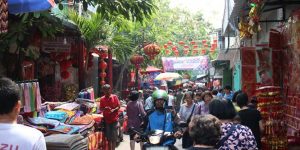 Petak Sembilan Market also sells meat and live animals that are often cooked to be exotic cuisine typical of China. Among them are pork, turtle, frog, crab, sea cucumber, eel, shrimp and chicken.

How to Get There
Petak Sembilan Market is located at Kemenangan Street, Glodok, West Jakarta. 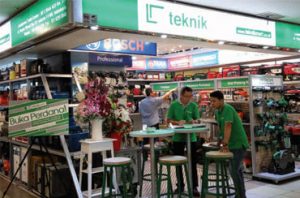 The goods at LTC Glodok are sold at competitive prices. LTC Glodok also provides repair and spare parts services. In addition, it has a food court that serves a variety of delicious food.

How to Get There
LTC Glodok is located at Hayam Wuruk Street, No. 127, Mangga Besar, West Jakarta. Opening hours is 8 am – 5 pm. In addition to LTC Glodok, you can also find various electronic items at Mangga Dua. Not only shopping, there are still other things to do in Mangga Dua Jakarta. 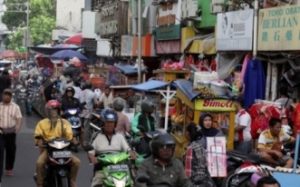 Pancoran Street is the pulse of China Town. Here you can watch Chinese culture fusing harmoniously with local culture. Some might say Jakarta with Chinese nuances.

How to Get There
Pancoran Street is located in Glodok, West Jakarta.

8. Hanging Out at Pantjoran Tea House 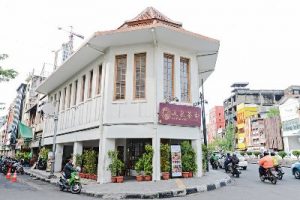 Pantjoran Tea House keeps the atmosphere of Jakarta past. This cafe occupies a building that has stood for more than 300 years. The cafe also still retains its classic interior design.

How to Get There
Pantjoran Tea House is located at Pancoran Street, No. 4 – 6, Glodok, West Jakarta. Opening hours is 7 am – 9 pm. If you are looking for another cool cafe, come to Kemang. There are many stylish cafes in Kemang Jakarta. 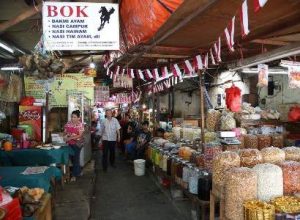 Gang Gloria (Gloria Alley) is one of the legendary culinary spots in Jakarta. Here you can find a variety of Chinese cuisine such as sek ba, Hainan rice, tim rice, kale noodle, chicken noodle, cak we, bacang and fried meatballs.

If you stop by in Gang Gloria, be sure to hang out at the famous Kopi Es Tak Kie, enjoy Soto Betawi “A Fung” and taste Rujak Shanghai.

How to Get There
Gang Gloria is located at Pintu Besar Selatan III Street, Glodok, West Jakarta. 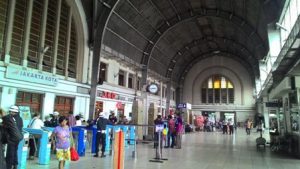 Jakarta Kota Railway Station is located not far from Glodok, less than 3 kilometers away. The station is listed as one of the cultural heritage buildings in Jakata. It has been established since 1929.

Jakarta Kota Railway Station was designed by Dutch architect, Frans Johan Louwrens Ghijsels, with a striking art deco style. The station serves as the final station for many commuter lines.

More things to do in China Town Jakarta

Chinese culture is part of Indonesian culture. Its charm and beauty enrich the lives of Indonesian people. You must make the time to visit Glodok area. There are many things to do in China Town Jakarta. Experience the Chinese atmosphere in Indonesia’s biggest city..!

16 Things to Do near RPTRA Kalijodo Jakarta (Best Urban Pleasure)