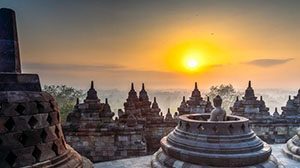 Do you know Indonesia has one of the world’s great wonders?. A great wonders that picked out scientist interest because it’s beauty and values? Well, welcome to Candi Borobudur! Candi Borobudur it’s a Buddhist temple located in Magelang, Central Java.

Candi Borobudur has many interesting misteries and beautiful architecture which picked out tourist’s interest. Not only that, Candi Borobudur is a central of Budhist prayer which they considered this place as a holy place. Furthermore, the Candi Borobudur offers tourist it’s beauty and mostly the curiousity how such beauty was made back at the 7th century? Here’s more beautiful spots and List of The Biggest Shopping Malls in Yogyakarta 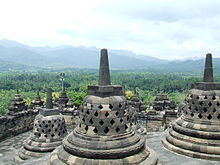 Oddly, there’s now clear origin for this temple, nobody knows who created the temple or even why it’s given a name  of Borobudur? The Borobudur word is firstly written in a book called “The History of Java” by Sir Thomas Raffles. Rafles written about a monument named Borobudur, however there’s no any older document who stated such name.

The only ancient text of Javanese only give us a clue about there’s a Holy Buddhist Temple that maybe refers to Borobudur is Nagarakretagama which was written by Mpu Prapanca in 1365.

The name of Borobudur was originally made up from two different words. Originally it’s called Bore-Budur which will be changed into Borobudur later on. This probably because Raffles write something based on English Word’s Order and choosen the nearest village to the temple which was Bore Village (Boro) .  (For your information, a temple around Indonesia usually named after the nearest village to the temple.)

However there are many stories about the origin of Borobudur which makes it more mysterious, as one of our sources told us there is a mystical auras around the temple,  and also more interesting to visit. That’s the Borobudur Temple Indonesia Yogyakarta history. Here’s more beautiful spots and Instagrammable Spots in Yogyakarta

The ticket for accessing this majestic temple is considered quite cheap as for adult we need only to pay 30k rups/ticket and for children under 6 years old would be 12.5k rups/ticket. For foreign tourist however, the ticket it’s excessively expensive as you need to buy 20 dollars/ticket to visit this majestic scenic temple. 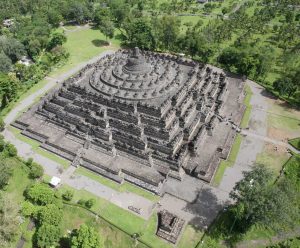 You know Candi Borobudur it’s a beautiful place right?. There are many sculptures and reliefs around the temple maybe hundreds of them right?. All of them placed perfectly in their place with no misplacement, incredible right?. However, do you know this temple was built around 7th century?

Do you think these people had the technology back at the time to build this beautiful temple? What we know around 7th century China just barely invented paper and Indonesia was not founded yet back at the time.  Many scientists has come to Borobudur to find out what kind of technologies these people was using back then? Yet, no answer has been found. We could only find that Borobudur was a place back at that time which was burried in dirt.

Even one of our sources stated that and even us stated that when we visited the place, we feel an unnatural feeling. Quite odd, is it not? Here’s more beautiful spots and Things to Do in Borobudur Yogyakarta

What Can We Found Around Candi Borobudur?

When we first walked through the front gates, we will walk far enough until we reach the main stairs. Then we need to take the really long and high stairs to reach the surface of the temple. When we finally arrive then we could so how amazing this temple is! 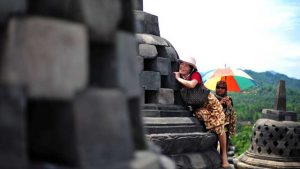 The Legend said that anyone who can touch the statue inside the stupa of Kunto Bimo would be granted any wish they would want. Well is it true? Of course, it’s up to you to believe whether is it true or not.

However it’s quite difficult to even touch the statue and some even considers touching the statue is impossible. Interested? Here’s more beautiful spots and Things to Do in Malioboro Yogyakarta, Indonesia 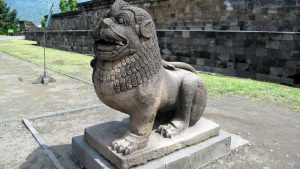 The Legend said anyone dares to touch it would meet a failure for the entire of his/her life, as for couple they would fail in their relationship. Once again, believe it or not it’s up to you. However prevention it’s important right? So better not touch it and we recommend it so much.

Well regardless of it’s mystery, Candi Borobudur it’s a worthed place to be visited to. As the place offers the one and only sensation in the entire whole world cause there is no such temple like Borobudur anywhere in the world.

Borobudur has it own unique architecture, unsolved mysteries, beautiful sculptures, scenic view, great mysterical sensation, what else that make you have a doubt to visit this wonderful temple?  It’s a great place to learn, to have an gradutional event, religional ceremonial, or even just for holidays and takes a few selfies. Just remember, follow the rules around the temple as we recommend prevention is better than treatment right? That’s all about the Borobudur Temple Indonesia Yogyakarta history and itinerary.

Are you interested to visit this majestic temple? Come, you will not ever regret it!

Things to Do in Mount Prau Dieng – Adrenaline Challenge!