15 Cultural Things To Do In Jakarta in December

Apart from traffic jam, Jakarta also known as a great place to spend holiday. I was thinking there’s nothing to do on here, but my friend asking me to be here many many times and promised me to go around when I come over. Frankly, I don’t like Jakarta as I like Yogyakarta. This capital city totally different, super crowd and traffic jam everywhere. When holiday’s coming or in rush hour, you can’t even move from one side and be there stucked for 1 – 2 hours. Odious!

However, as it passed, I started to be Jakarta lovers. I found Top Attractions in Jakarta, especially on December. I’ve created 15 best things to do in Jakarta, take a look on the point down below. 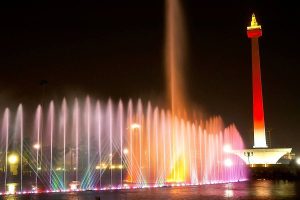 The first thing people noticed about Jakarta is their grandeus national monument called Monas. After Indonesia being independent, Monas was constructed when President Soekarno was ruled Indonesia. Beside go to Monas, there are Things To Do Near Monas is go to National Museum located right next.

The entrance ticket you’ve paid when entering Monas including ticket to be in National Museum. So, you can visit two places in one ticket only which means great. Inside the Museum, you can learn about Indonesian archipelago, cultures, also colonial history in the past.

2. Spend Rest of The Day in Old Town (Kota Tua) 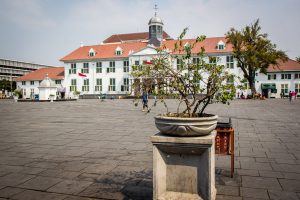 Kota Tua Jakarta also crowded from afternoon until night. People who came here will love to spend the rest of the day sitting down and chillin’. Inside Things to do in Old Town Jakarta, there is Fatahillah Square, a place to get dose of Jakarta.

3. Visit Istiqlal Mosque as the Biggest Mosque in Southeast Asia 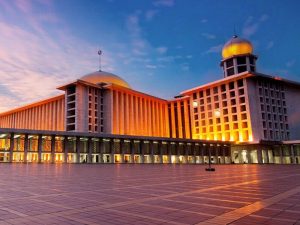 Mosque found easily in Jakarta, but Istiqlal Mosque known as special one because it is the biggest mosque in Southeast Asia. Named “Istiqlal” means “Independence”.

So, yup, this mosque literally built in when Indonesia’s Independence and legitimatized since 1978. Istiqlal Mosque used for huge celebration of Muslim. Visitor allowed to get around the mosque with free guided on the grounds. 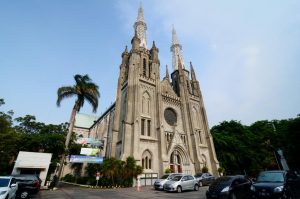 Right on the front of Istiqlal Mosque, you can across the street and be in Jakarta Chatedral very soon. The neo-gothic chatedral legitimatized in 1901 and as a worth place for visit.

This huge building as a place for Catholicism worshipping, and be part of Muslim tolerance since its built next to Istiqlal Mosque. The fun fact is people who occupied around the street is very tolerant. In every huge ceremonies, one of both would let the other using almost half of the parking area to accomodate people vehicle. 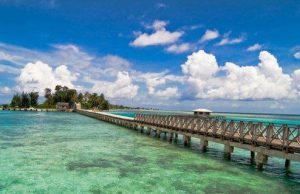 Believe it or not, thousand islands just a name. And the islands in total aren’t truly in thousand but 110 only. Thousand Islands located in North Jakarta is a great place for beach-bumming and island hopping. Whilst you stay in Jakarta, enjoy Jakarta the best you can and don’t forget Things To Do in Thousand Islands Indonesia.

No need to go to Bali to enjoy beach-life, you can come to Jakarta and buck pressing. Just remember, you can’t hire neither scooter or car because boat the one and only transportation. You possibly can go walking, but in the same area or island only.

6. Get Lost in Jakarta’s Chinatown (Glodok) 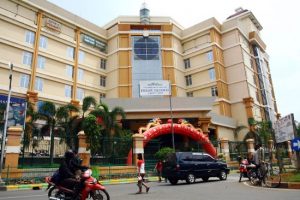 Chinatown already old and obsolete, but you might intrigue to come over since it has many things to offers.

Start from snacks to electronics, you can find all you need here. Snacks and food street are located hidden from the main streets.

You need to be thoroughly looking for the path so you don’t get lost. This old building established in 1600 by Dutch and became more local and tourist spot to find something different. 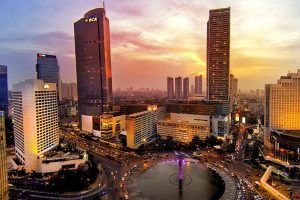 Are you a shopaholic? If you are, Jakarta is a certain place for you! You can visit so many malls here. Not only huge, but the product offers came out in high-end brand which means suitable for those looking for sumptuous stuff.

Some of the mall built internationally, also the services are good. If you looking for local mall (the concepts are more Indonesian), you can go to Blok M, Mangga Dua, and Pasar Baru. Well, there are many things to do in Jakarta in December. 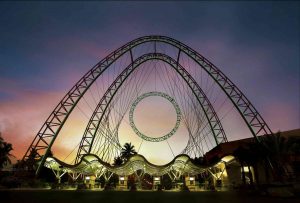 If you feel kinda sick of boring holiday, try somethin’ new and go to Ancol. Things To Do in Ancol including play all day long, from morning till night because no one can prohibit you. Ancol built so huge and have many parts. Beside chill out, you also allowed to go seeking the beach with bicycle.

Another things to do in Jakarta in December:

Places To Visit in Jakarta on December has mentioned. Mark your date and arrange your itinerary nicely.

15 Things To Do in Museum Puri Lukisan – Ubud Bali

15 Amazing Things to Do in Bandar Lampung Indonesia

Things to Do in Bidadari Island – All...

All Beautiful Things to Do in Ayer Island...

The Rooftop Bars in Jakarta with Stunning View...

The Best Rooftop Bars and Sky Lounges in...

How to Get to Dunia Fantasi (Dufan) in...

How to Get to Museum Nasional Indonesia in...

How to Get to Monas in Jakarta Pusat...