15 Amazing Things to Do in Bandar Lampung Indonesia

There are a lot of good natural attractions that can be found in Bandar Lampung area of Lampung regency. The city of Bandar Lampung is actually the capital of the Lampung province. Bandar Lampung has so many great natural attractions, one of them is very famous mountain in Indonesia which is more bigger than and as spectacular as things to do in Mount Bromo, the Krakatau mountain. The Krakatau or many called it as Krakatoa is the great mountain that already exploded in the old times, causing  harmful damages in Indonesia and even making the sky darker for days. The ashes covered the sky, so even though it’s a day, the sky looks so dark just like in the night.

The next one you can find on Bandar Lampung is the existence of the Krakatau’s child called Gunung anak. Anak (child) rakatu is the smaller high land that existed because of the great explosion. The land is so high, and for a long time it became a high mountain. So these two are the locations in the high light of the locations that available in the area of Bandar Lampung. And the others, you an check by yourself on the list of amazing things to do in Bandar Lampung Indonesia below : 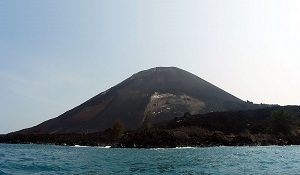 The first one on the list of things to do in Bandar Lampung is of course the iconic mountain of Krakatau which located on Sunda strait. The mountain exploded in the year of 1883, and making some serious damages around the mountain. It also caused a high tsunami because of the explosion of Krakatau eruption was very big and gigantic. Even some countries in Australia can hear the explosion clearly.

Many years after that, the condition finally became more calm than usual. So, many people really curious about it, and wanted to know about the mountain and see it up close. Well, you can do it now with so many people beside you in a boat, guiding you around the mountain. Take good look of it, you can find so many materials from eruption in the past. 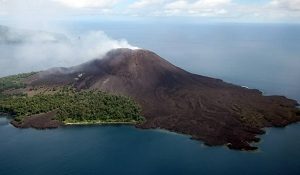 As magnificent as another great tourist spots in Indonesia, there’s Anak Krakatau. In the first place, the mountain wasn’t exist until so many years after the Krakatau eruption. The great explosion caused the land around it to be in higher position than usual. Thus, the Anak Krakatau Mountain finally exist. The small mountain came up in the year of 1928, forty years after the eruption. 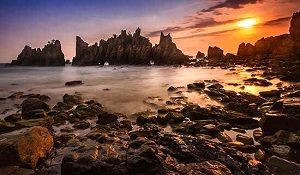 The next one is Gigi Hiu. You can find it in the area of Tanggamus. The beach looks more epic than the beaches in Kuta. With its stones that covered all areas of the beach, it’s considered as dangerous beach. You can’t swim here of course, the high waves and also some big sturdy rocks will be too harmful for you. So, the best thing to do here is taking your camera out, and then start to capture the views there.

Somehow it looks like the environment setting of Mount Doom inside the Lord of The Rings movie sequels. The big stones look like the walls and also the stones on the sand really capture the image of a fantasy place. Plus if the condition added with the beautiful sunset on the horizon, it’ll be a perfect shot, just like in the picture. 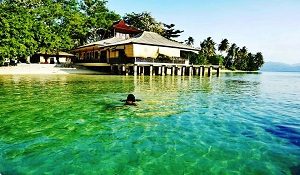 This area is more like Lombok, with its natural sea environment. But in fact, the location is not in Lombok but even far away from there, it’s in Bandar Lampung. The precise location is in the Kerkap area in Bandar Lampung. There, you can find another green village beside the village in things to do in Banjarmasin. The place looks very perfect with its green environment of sea coast.

Because of it’s actually a village, not a tourist attraction, you can find the easy way to enter it by greeting the people there. The people will help you of course, if you show them the right attitude. In the village you can enjoy the sea that has this combination between green and blue colours. It’s so magical 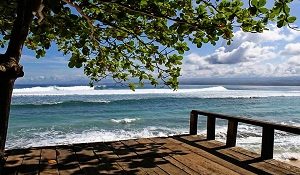 Looks like the beach in things to do in East Lombok. The next one is Tanjung Setia Beach. Located on the area of west coast Bandar Lampung. The Tanjung Setia offers many things to you like a great spot fur surfing, and very suitable place to relax. Yeah, nay surfers came here to test its legendary waves, and they’re not disappointed.

So, if you surf lovers, you may as well try one or twice the waves in here. The waves are not that big, but also very challenging for some people. This is your chance to conquer them, and make your skill more improved by that. Beside surfing, you can relax in bungalows here with full comfort and calm. 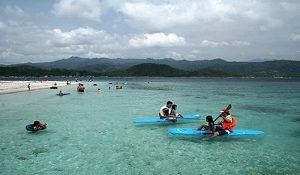 After visiting the beach above, maybe you’ll reconsider to visit the next beautiful beach in Bandar Lampung called Mutun Beach. If the beach above is very suitable for people who like water sport, this beach is also very good for sport lovers, with addition a great place for family vacation. Thew waves here a re pretty small and save, really good for family activities like playing water and playing a bot together.

They also offer some equipments for your vacation there, so you can grab anything you need easily. Then if you really want to have fun with your entire family, better check the place out in the Sukajaya Lempasing area of Pesawaran district. It will be very satisfying. 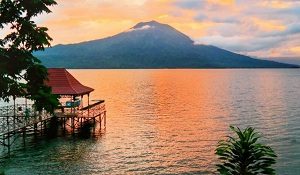 The view in there is really amazing, especially during the evening. The ships that come and go make the view more fit to enjoy. Plus, there’s this little hit that can be used as a place for enjoying the good times for two. Doesn’t it felt good? 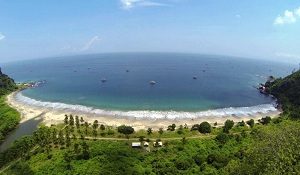 In the 8th place on the list of things to do in Bandar Lampung is Kalianda Bay, which the best natural attractions that you can enjoy in the location of Bulok, Kalianda, South Lampung. Many people love to come by the Bay to either fishing or swimming. The calm waves really suit the need of newbie swimmers.

Many fishers will come by every morning to catch the fishes that filled all the watery areas in here. The beach also considered as an economical potential because of the richness it has. So, you may aswell try to catch some fishes there, and enjoy them in the beach coast with a barbeque. 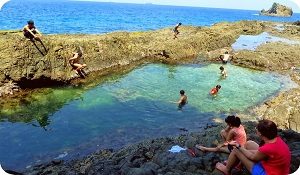 Lagoona Dodo is considered as a natural swimming pool. Maybe you can find an identical place in the (IL rajaampat), but in here the way to reach it is more affordable. Also, the way to enter the place is really cheap, making it more accessible even for the people with low economy. This lagoona can be a great choice in the weekend.

This one is the people’s favorite, because of how elan it is compared to the other pools. Plus, the pool formed in such a natural way, with natural stones around it. You can either enjoy  the small one or the big one. The big one is likely suitable for the adults, and in the opposite the toddlers can be fit in the small pool. 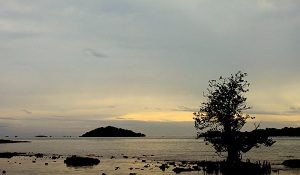 The last place in the list is the Kubur island. Kubur island is also the best spot for fishing in Bandar Lampung area. You can take a small boat or the fisherman boat to get there easily. You can ask them for some help, with some money of course. Don’t worry, you can decline them anytime if you feel that the price is not really fit with the services.

In Kubur island, you can do many things like walking around exploring the island, fishing, or maybe gazing into the sunset. The island also can be a romantic place for two, but you two must prepare the stuff to take some nights in there, because there’s not single bungalow or villa around.

Other attractions in Bandar Lampung in Indonesia :

Beside the ten spots mentioned above, there are five places left on the list of amazing things to do in Bandar Lampung Indonesia

The list of things to do in Bandar Lampung Indonesia ended with the 15th place or spot above. With this informations we gave to you, we hoping that you can having a save and well prepared journey when vacationing in Bandar Lampung. Happy trails!

15 Cultural Things To Do In Jakarta in December

13 Delightful Things to Do In Banjar Bali

9 Beautiful Beaches in Lampung that Could Boost...

Full Information About All You Need to Know...