13 Heavenly Things To Do in Serang (Must Visit)

Serang in Bahasa means “attack”, but literally known as nice and lovely city in Indonesia. There are number of good things to do in Serang. I was in Serang few times, and its adorable. Number of places to visits, also number of local attractions to do in Serang.

Arrange a trip to Serang is a must to help you capturing and enjoying moments. Type a main key on Google is a great idea to looking for people thoughts about Serang itself. But it may takes time. So, I am here arranged bunch of list about things to do in Serang. Getting curious? Let’s take a look. 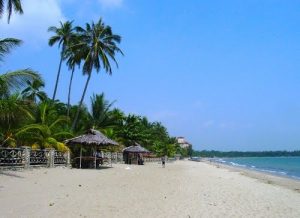 Anyer beach is number one of famous beach in Serang, Banten. Indonesian in majority also familiar with the beach. It offers beautiful scenery, especially when the sun goes down. Even though the sunset scenery totally different with those beaches in Bali, but Anyer Beach still the best to count in. Find more  Things To Do in Anyer.

Beside pampering yourself on the white sand prolong the shore, you also allowed to do water sports. Such a jet ski, speed boat, para sailing, and another water sport. Those type of cool activities can be found wildly over here.

Anyer Beach itself is wide tho. That’s why it can sustains numerous of people. If you’ve been here in couple of times, perhaps you won’t startle about the crowdness. Yup, Anyer Beach is very crowd on every single weekend. And the number of people would escalate on holiday season insanely. You might gone crazy seeing people unifying with their friends and families on here. But that is normal, right? 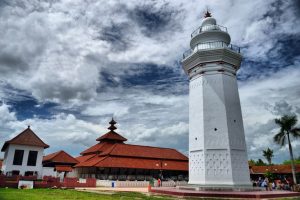 This mosque well-known as Masjid Agung Banten. This building is an old one, but it sturdy still. It was built in 16th century, the most prosperous archipelago in Indonesia after Demak Sultanate. The design of the mosque so far away from international impacts. By visiting Great Mosque of Banten, you’ll see the architecture tendency into traditional ways, decent to Javanese mosque.

Great Mosque of Banten consists with a main hall with veranda or serambi in Bahasa. The serambi itself divided by gate to gate to ease people while entering the hall. In the past, there is a dispute about the tiers inside the mosque. People uttered there are four tiers in total, but the other said it is three tiers. However, Valentjin revealed there are five tiers in total as we know now on.

Great Mosque of Banten isn’t the only building built-in. Because beside the mosque is a two floored building was built in 17th century with Dutch style. According to the past, a two floored building to be true designed by Dutch, named Hendrik Lucaasz Cardeel. He does his best to build the building, but before it all, he converted into Muslim. Particularly, he became one of Banten court, entitled Pangeran Wiraguna. 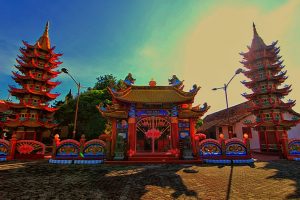 Avalokitesvara means Tri Darma. From the outside of vihara, you can see a great exterior with symmetrical ornaments. The whole exterior covered with red color in majority with some orange color. To increase appeals, Vihara Avalokitesvara designed with dragon statues and lampions in the outside.

Come along inside the vihara, you can see more statue, incense, and a unique ornament. One to another ornaments are different, make it looks great. One time you come over, you’ll come more because this vihara will entertain you non-stop. 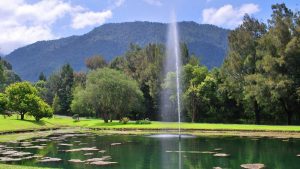 Though it named as botanical garden, but this preferably titled as forest. You can find number of big trees over here with some monkeys. No matter what time you have set to come over, the sun will not heat your head. The big trees almost covered the sun light, then you can only feel the breeze around your body.

Walking to the corner of garden, you can see a beautiful sakura garden, linchen garden, titan arum garden, and many many more. You can enter the whole garden if you want to. Cibodas Botanical Garden known as the biggest garden in Serang, it causes the wide spectacularly in 125 hectares. 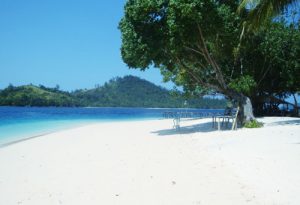 Near Jakarta, as there are many Top Attractions in Jakarta but you can come to Serang to enjoy this beach. Carita beach is number two as famous beach in Serang, Banten. The beach offers beautifulness and calm waves ever. It made this beach is a perfect place to do water and aquatic sports. Such swimming, snorkeling, scuba diving, fishing, and sailing. But wait, you also allowed to do underwater photoshot over here to capture your special moments ever.

The beach surrounded by hundred coconut trees. However, that’s not the most iconic one. Guess what? From Carita Beach you can see the most panoramic Krakatao Volcano located among Java and Sumatera. Although you can’t see the fully volcano, but you can see the peak and it’s totally captivating.

If you wanna enjoy Carita Beach over and over again, you can stay a night in the nearest hotel room or cottage. It might easy to find both because this beach literally known as tourist spot. Hotel room or cottage price tag of course will be diff one to another. So, make sure you find the most suitable one for you and family members. 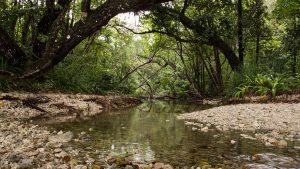 Move to the greatest national park in Indonesia, there is Ujung Kulon National Park. It’s built-in in 123 hectares, consist of 78.6 hectares of land area and 44.4 hectares of seas. It means you can enjoy both, land and sea.

Ujung Kulon national Park legitimatized as a home for those scarce animals and plants. There are number of scarce animals have placed over here, such Jawa monkeys, wild dog, silvery gibbon, bull, Javan lutung, deer, and many more. After walk around the whole path of animals, you allowed to rest a moment under the trees.

Psst, this place super crowd every holiday season. Make sure you choose the right time to come over, especially when you going t bring kiddos. Unveil those animals and plants to ‘em to enhance their knowledge about nature.

Indeed, there are many Holiday Destinations in Indonesia Another attractive Things To Do in Banten, Serang:

If you tryna spend holiday with family, Serang is the most recommended area. There are 13 things to do in Serang, including Things To Do in Tangerang, known as a city nearest Serang. If you find those places attractive, mark your date to visit each of them.

15 Things to Do in Bedugul Bali #Instagrammable Spots

15 Things to Do in Rote Island That You Will Love

Here’s The Best Shopping Mall in Tangerang You...

Fun Things to Do near Summarecon Mall Serpong...

Best Places to Visit in South Tangerang for...

Wondering About What to Do at Alam Sutera?...

Finding The Refreshing Things to Do Near AEON...

What Are The Best Things to Do Near...

10 Marine Tourism Activities in Banten, You Must...

16 Delight Things to Do in South Tangerang