15 Things To do in East Nusa Tenggara (Must Visit!)

East Nusa Tenggara is a city that surrounded by many beautiful island. Several islands may still untouchable yet or if it does, perhaps few times only. However, recently people would love to come over to East Nusa Tenggara exploring the whole spots.

To make the holiday countful, you need to arrange which and what places you’ll visit in the first foot-stepping. I managed things to do in East Nusa Tenggara. Hope this will useful. 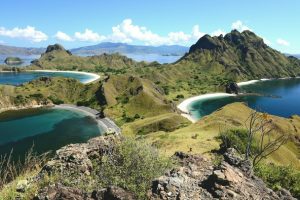 Padar Island is one of those outstanding landscape all over the world. Hike to the top, you may see some crazy views. Just info, Padar Island is the third biggest land mass well-known was a place for komodos. But now on, the komodos has moved to Komodo Island also to Komodo National Park since komodo noticed as one of scarce animals.

The whole area just spectacular. That’s why people keep taking picture everytime they come over. All spots are insanely crazy and known as the hottest spots for photographers. Not only that, you also able to either enjoy sunset and sunrise over here. 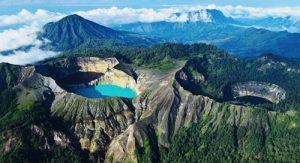 Mount Kelimutu is a volcano in Flores, East Nusa Tenggara, Indonesia. The uniqueness of Mount Kelimutu is the tri-colored lake down on the craters. There are three beautiful lakes (Tiwu ata Mbupu, Tiwu Nuwa Muri Koo Fai, and Tiwu Ata Polo) over here. Each lake have their own color. Cool, right? People will say you are stepping out into diff places everytime you’re here. This one of those exciting things to do in Mount Kelimutu.

The distant is about 50 kilometers from East Ende of Central Flores. It’ll takin’ at least 4 hours to reach this place from Maumere, Flores 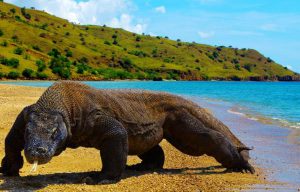 Komodo Island Indonesia nobeled as World Heritage by UNESCO. This place not only known as dragon island, but also known as a beautiful place from the top of the mountain to the bottom of the sea. Well, it surrounded by rich flora and fauna. You’ll see an amazing scenery set up around Komodo Island.

Your experience to come over will not remain regrets. You also will be fine to spend bucks to get here because the money you’ll spend end up with worth seeing views. Be in Komodo Island will uncomplete without try to getting closer with komodo, right? Holding back your desire because it’s a bit risky since we know komodo is one of those carnivore. 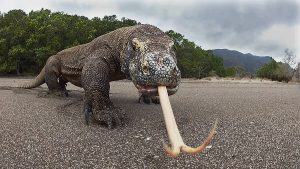 As I mentioned above, Komodo National Park is likely a home for scarce komodo. This park including three islands, which are Komodo Island, Padar Island, and Rinca Island. Those three islands stated close each other. It means you can moving one to another at the same day.

Komodo National Park’s wide for about 603 square kilometers in total. The amount of komodo who lives here more than 2,500 komodos. Those komodos came from diff species. Beside seeing komodo, you also can see buffalos, horses, wild boars, deers, monkeys, and various type of bird.

There are number of Things To Do in Komodo National Park. Make sure to come in the early morning. Start your journey from 07:00 AM to discover more. Every spots nearby will keep yourself astound, make sure you’ll capture more pictures as a keepsake from Komodo National Park. 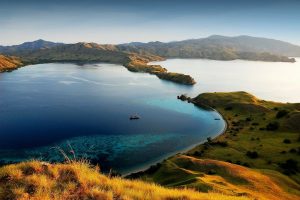 Rinca is an island known as a part of Komodo National Park. As it seems, Rinca is most likely mangrove and savanna. It comes up with brown grasses, I guess? Well, don’t get me wrong about the grasses color.

Rinca became popular since it provides wonderfully views. At the top of Rinca, you can see the pristine water came up in turquoise. It’s such amazing to be here. Especially you can reach  four places at the same day of adventure.

Rinca isn’t as crowd as Komodo Island. This is more quite comparing to another three other places. But the beautifulness still can’t beat. You can find Things To Do in Rinca Island after arrival. 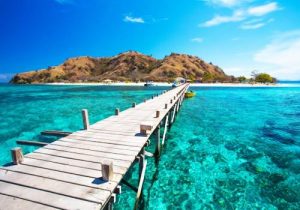 One of the most unskippable place in East Nusa Tenggara is Labuan Bajo. This place insanely has it popularity, whether for locals and tourists. An extraordinary attraction offers on here is the existence of komodo dragon. Beside komodo existency, people also going to venture off those 80 islands around Labuan Bajo.

Things To Do in Labuan Bajo also suitable for those looking for place to spend honeymoon. Its more than romantic tho. No necessary to book flight tickets overseas to spend honeymoon, since Indonesia offers the captivating state.

Somehow, Labuan Bajo is a favorable place. The people is friendly and helpfully. They will never mind to help you, point you out the right way to reach your itinerary. Come over here and remain an unforgottable moment ever. 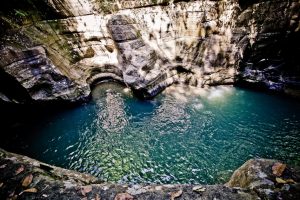 Cunca Wulang or Godnesses pool known as a beautiful place ever to visit. In your first step into Flores, East Nusa Tenggara, Cunca Wulang is is the best you cannot skip. Getting into Cunca Wulang will take times at least an hour by walk from West Manggarai Regency.

On the way to reach Cunca Wulang, you’ll absolutely thru kind of fertile forest, especially in Sanonggoang. You also will find rocks everywhere, need to be careful tho. The whole energy it spent will worthy with an idyllac view after arrive. 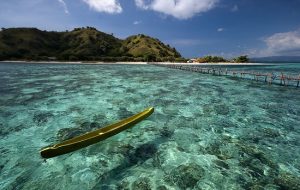 Kanawa Island dispart for about 15 kilometers from Labuan Bajo in Flores, East Nusa Tenggara. The uniqueness about Kanawa Island is it fringed with coral reefs and colorful fish all around. The turquoise water will hand you serenity, the waves also calm down.

The most popular activities over here are snorkel, swim, and dive. You can try those three if you want and have more time. All hours your spend will rapidly passes when you come here. Don’t be sad if you can’t swim, you still can sitting down at the shore, grab coconut, relax, and sunbathe. 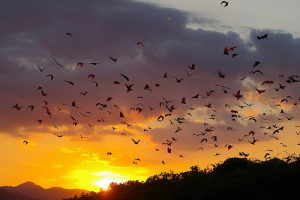 I guess there are lot of islands nearby Komodo National Park, including Kalong Island. Well, this island well-known as a small island in East Nusa Tenggara. It covered with green plantation. The most uniqueness not about the plantation, but to the bats living over here.

In Bahasa, kalong itself mean bat. Since this island as bats home living, it called Kalong Island. Frankly, Kalong Island still keeping much more mistery and kept secret by local inhabitant. In the past, there is a tragedy when somebody tried to come across the island and he’s not returned. However, the past story is not something to hold you back to come over. Now on, that tragedy will not happen anymore since the island being famous already.

Another things to do in East Nusa Tenggara:

Voila! things to do in East Nusa Tenggara have mentioned. From those thirteen places, which one you prefer to go to? Wait, before you come here, make sure you prep the penny because it’s going to be sick if you just bring up a little. Explore more, get astound, and unify with nature!

19 Heavenly Things to Do in West Nusa Tenggara

15 Things To Do in Salatiga Indonesia You Will Love

Things to Do in Maumere Indonesia : Beauties...

How to Reach Labuan Bajo in Comfort

15 Things To Do in Ende Indonesia That...

15 Favorite Things to Do in Alor Island...

15 Things to Do in Rinca Island Indonesia...