12 Top Things to Do in Pekanbaru, Riau Indonesia – Natural and Cultural Spots 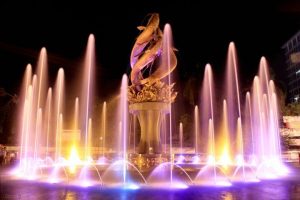 Pekanbaru is the city located on the island of Sumatra, and happens to be the capital of Riau. If you look at the map of Sumatra, Pekanbaru is in the middle of Sumatra. The city was known as a trading port in the late 19th century and since then developed so intense. People began to see it as a new market. That’s how the city got its name. Pekanbaru means new market.

Pekanbaru can be accessed by buses through Bandar Raya Payung Sekaki, planes through Sultan Syarif Kasim II International Airport, or ships through Sungai Duku Port. Pekanbaru is divided into 12 districts. The city has the 4th largest population on the island of Sumatra. And Minangkabau is the largest ethnic group in Pekanbaru. A lot of things can be explored in Pekanbaru, from historical places to waterfalls. Prepare yourself, take a note and let’s see the best things to do in Pekanbaru Indonesia. 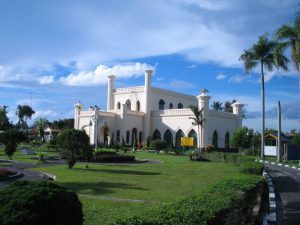 The Palace of Siak Sri Indrapura was the official residence of Sultan Siak. It was built from 1889-1893. The land area of the palace is 32,000 meters square. The palace was designed with the combination of Malay style, Arabic style and European style. Six eagle statues were placed on top of the building symbolizing bravery. There are eight cannons on the yard facing point of compass.

The Palace of Siak Sri Indrapura is located in Siak Regency, about 2 hours by car from downtown Pekanbaru. The price of entrance ticket for locals is Rp 3.000 and foreigners is Rp 10.000. The palace is open for public everyday from 9.00 16.00. 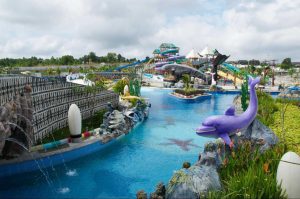 Riau Fantasi is the biggest water park on Sumatra. It was built on the vast land and a total area of 6.5 hectares. Riau Fantasi was officially opened in 2009 and fits for all ages. The pools are divided into five categories. They are Adult Pool, Adventure Pool, Baby Pool, Lazy Pool and Crocodile River Pool.

Adult Pool is obviously for adults. The depth of pool is 1.5 meters. Adventure Pool is for kids. The pool has lots of unique buildings as playing tools. Baby Pool is definitely for babies. Lazy Pool has artificial river for floating. The length of river is 950 meters. Tubes are commonly used by visitors for floating. Crocodile River Pool is used for sliding. Riau Fantasi is located at Labersa Street, about 20 minutes from downtown Pekanbaru. The price of entrance ticket is Rp 60.000 for weekdays and Rp 70.000 for weekend. 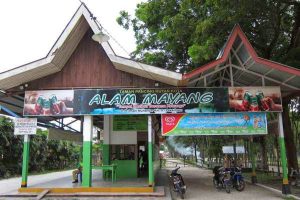 Alam Mayang Park has various trees and is surrounded by hills. It makes the weather cool so that visitors can enjoy activities in open spaces. From sightseeing, playing flying fox, doing sport or even fishing. Siak river is also passing through the park, adds more beauty to green scenery.

Leghton bridge that crosses the river, is the most favorite spot. Alam Mayang Park looks clean and well maintained. It’s perfect for family.Alam Mayang Park is located at H. Imam Munandar Street, Pekanbaru. The price of entrance ticket is Rp 15.000.

You may also read: Things to Do in Balikpapan – Things to do in Bukittinggi 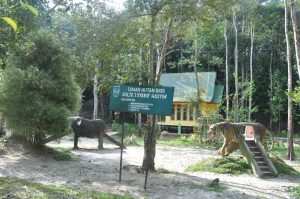 Forest Park Sultan Syarif Hasyim has around 127 species of flora. Most of them are indigenous plant. Some trees even have a diameter of more than 1 meter. The diversity of fauna is quite high too. There are at least 42 species of birds, 4 species of reptiles and 16 species of mammals.

The forest park also has Elephant Training Center. The elephants are trained to help humans banishing wild elephants that frequently attack villages. Forest Park Sultan Syarif Hasyim is located at Siak Regency, about 30 minutes by car from downtown Pekanbaru. It’s free entry. Visitors only need to register at the office of Riau Forestry Service to get permission. 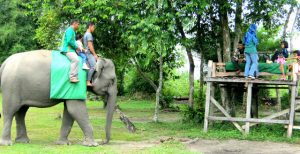 Kasang Kulim Zoo was opened in 1991. It’s the one and only zoo in the province of Riau.The zoo has an area of 10 hectares to accommodate various animals such as pythons, hippos, bears, hedgehogs, pythons, orangutans and many more. Among them, tapir is the mascot of Kasang Kulim Zoo.
The zoo also provides games for visitors such as duck paddle, skateboard, swings, fishing pond and even pool for children. No doubt it’s the right place to spend holiday with family. Kasang Kulim Zoo is located at Kampar Regency, about 30 minutes by car from downtown Pekanbaru. The price of entrance ticket is Rp 20.000 for adults and Rp 10.000 for kids. 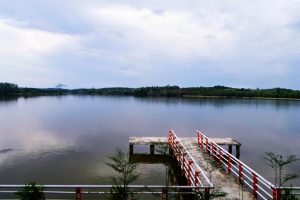 Things to do in Pekanbaru Riau Indonesia at the beginning, Lembah Sari Lake was built as a dam to irrigate the rice fields. Even though it’s a man-made, the lake has beautiful panoramic view. So people started to use the lake for a picnic. Since then, the lake is popular as a tourist destination.

A lot of trees grow around Lembah Sari Lake so that the weather becomes cool. It makes visitors feel comfortable. Visitors can spend their time in the small cottages around the lake to enjoy the beauty of lake. The lake has an outside area of about 16 hectares. There are also playground facilities such as water bicycles and fishing area. Lembah Sari Lake is located at Rumbai District, about 10 km from downtown Pekanbaru. It’s free entry. 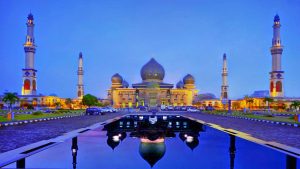 An Nur Great Mosque has three storey and therefore has escalator connecting floors one and two. Besides for worship purpose, the mosque also organizes education services from playground to high school. Library and meeting room are available too. An Nur Great Mosque is located at Hangtuah Ujung Street, downtown Pekanbaru. It’s free entry.

Also visit: Lake Toba Sumatra – Things to Do in Sumatra 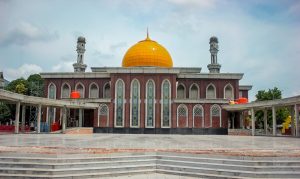 Senapelan Mosque is the oldest mosque in Pekanbaru. It was built in 1762 by Sultan Abdul Jalil Alamuddin Syah to mark the movement of the capital of Kingdom Siak from Mempura Besar to Bukit Senapelan. The mosque was originally named Alam Mosque, then Nur Alam Mosque, and is now popular as Big Mosque Pekanbaru.

Senapelan Mosque has a magical well in its yard. The magic comes from the fact that the well is never runs out of water. Even in dry season. The height of water is only one meter and never changed from the beginning. Therefore the well is often visited by foreign tourists, especially from Malaysia. Senapelan Mosque is located at Senapelan Street, downtown Pekanbaru. It’s free entry too. 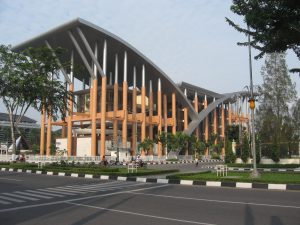 Soeman H.S. Library is one of the iconic buildings of Pekanbaru. The design was inspired from the plinth to read Al Quran. But some people also say that the building looks like an open book. The library was named for the legendary author Soeman H.S., who was born in Riau.

Soeman H.S. Library was opened in 2008 by Vice President Jusuf Kalla. The library has six storey and a number of facilities such as auditorium, atrium, meeting room, internet room, room for prayer and cafeteria. It also functions as a public space for community.Soeman H.S. Library is located at Jenderal Sudirman Street, downtown Pekanbaru. It’s free entry.

You may also read: Things to Do in Banda Aceh 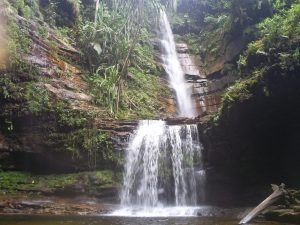 Aek Martua waterfall has uniquely three level of height so that sometimes it’s called a Thousand Stairs waterfall. The first level of waterfall has a stretch of rock that is wide enough for splashing. The second level has a pool of 250 meters square that can be used for soaking. The third level has a spectacular view, but it takes special skills for climbing to the site.

Aek Martua means the sorcerer water. The name of the waterfall comes from the language of Mandailing tribe, who is the majority of villagers. Amazing panoramic view and crystal clear water make this waterfall a popular tourist destination. Aek Martua waterfall is located in Tangun Village, Rokan Hulu Regency. The price of entrance ticket is Rp 5.000.

You may also visit: Things to Do in Balikpapan 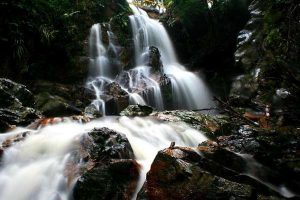 The facilities at this site are playing ground, bath room, open stage, and room for prayer. If visitors want to stay overnight, there are several hotels nearby. Guruh Gemurai waterfall is located at Kasang Village, Kuantan Singingi Regency. The price of entrance ticket is Rp 3.000. Meanwhile, this waterfall is one of the best things to do in Pekanbaru Riau Indonesia. 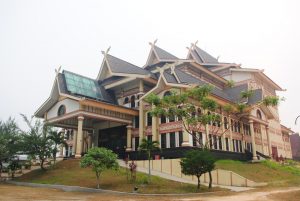 Performing Art Theater Idrus Tintin is truly the iconic buildings of Pekanbaru. The architecture of the building is influenced intensely by Malay culture. President Susilo Bambang Yudhoyono inaugurated this building on August 11, 2007. The name of the building was taken from a great Riau artist named Idrus Tintin.

Performing Arts Theater Idrus Tintin is a symbol of art and culture in Pekanbaru. It’s often used by young people as a place for rehearsal. It’s also a place for exhibition or public performance.

Now you know the best things to do in Pekanbaru, Riau Indonesia. Pack your bags. Invite you best friends and family to get holiday in Indonesia. For sure, you will get many new great experiences for the cultural and natural attractions. Let’s get lost in Pekanbaru Indonesia!

20 Things to Do in Dumai Indonesia (#Beautiful...

13 Beautiful Things to Do in Riau Indonesia