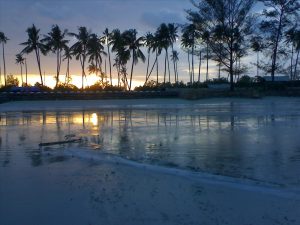 Bangka Island has many beautiful and charming beaches. Every beach has their own characteristics and uniqueness. Besides that, Bangka Island also has ethnic and cultural diversity that is so wonderful. As you can imagine, a lot of things you can explore here. Let’s see the top things to do in Bangka Island. 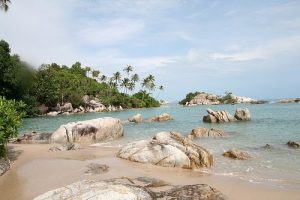 Parai Tenggiri Beach is managed in following the principle of green tourism. The authority has a great concern about it. For example, they reduce the use of materials that can pollute the beach and plant in the trees around the beach. Visitors can enjoy the beauty of the beach or perform beach recreational activities safely. There are swim guards monitoring to avoid undesirable things. Parai Tenggiri Beach is located at Sinar Baru Village, Sungai Liat District, Bangka Regency. The price of entrance ticket is Rp 25.000. 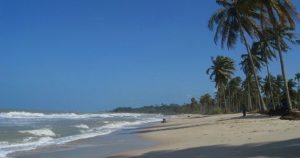 Matras Beach has amazing view. You can see the sand combines with the stunning rocks and palm trees. The water is very clear and the coast line is endless. There is also a river flowing to the beach.Matras Beach also has many facilities for visitors, such as restaurants, bars, cafes, swimming pool and sport center.

There are also inns and a resort for staying. Matras Beach is located at Sinar Baru Village, Sungai Liat District, Bangka Regency. The price of entrance ticket is only Rp 5.000. It’s really affordable. 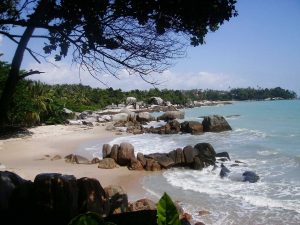 Things to do in Bangka Island Indonesia, Tanjung Pesona Beach has beautiful white sand, clear water, and medium waves. You can see a big rock on the edge of the beach that is partially submerged. It seems the favorite spot on this beach.

Compared to other beaches in Bangka Island, Tanjung Pesona Beach has less large-sized stones. Visitors can enjoy the scenery by riding a horse-drawn cart or just sit under the shade of tree.

There is a three-star hotel near the beach for staying if visitors want to feel the atmosphere of the beach at dawn or dusk. Tanjung Pesona Beach is located at Rambak Village, Sungai Liat District, Bangka Regency. The price of entrance ticket is Rp 10.000. 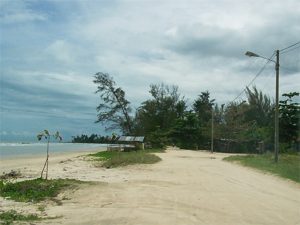 Pasir Padi Beach has a wide coastline about 300 meters and a beautiful stretch of white sand along 2 km with coral and rocks. The beach has a type of wave that is quite calm, so it’s safe for swimming.

The contour of sand is solid that makes visitors feel comfort to walk on foot. Pasir Padi Beach frequently becomes a venue for various activities such as motocross event, exhibitions, arts and entertainment (music concert).

The beach is also a place for traditional ceremonies conducted by the Chinese community in Pangkal Pinang. Pasir Padi Beach is located at Pangkal Pinang City. The price of entrance ticket is Rp 10.000. Indeed, there are many fun things to do in Bangka Island, East Sumatra Indonesia. 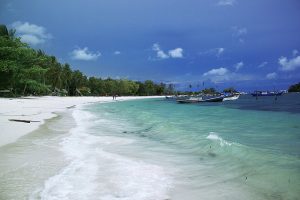 Many people think Tanjung Kelayang Beach is only at Belitung Island. The fact is, Bangka Island has a beach named Tanjung Kelayang too. The beach has clear water and is beautifully surrounded by giant granite stones.

Tanjung Kelayang Beach now becomes a new tourist destination. A lot of visitors come with family or friends. They do snorkeling, swimming, playing in the sand, climbing giant stones, or just sitting under the tree. Tanjung Kelayang Beach is located at Sungai Liat District, Bangka Regency. The price of entrance ticket is Rp 5.000. As well as this is one of the best things to do in Bangka Island Indonesia.

You may also visit: Things to Do in Belitung 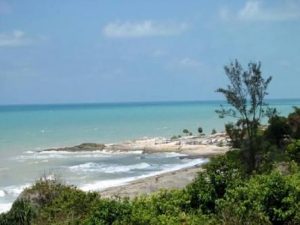 The name of the beach is undoubtedly unique and intriguing. Based on the ancient story, a long time ago this beach was inhabited by a lot of rats. Besides that, if visitors want to come by bike, there are many small paths (rat street) to reach the beach. 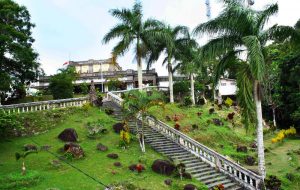 Mount Menumbing has the height of 333 meters above sea level. On top of the mount, there is a historic house named Wisma Menumbing. The house was used by former Indonesian President, Sukarno, during his exile.

Wisma Menumbing was built by Dutch colonial from 1928-1933. There is a note at this house stated that Soekarno was exiled along with Mohammad Hatta, Mr. Ag. Pringgodigdo, Commodore Surya Darma and Mr. Assa’at from December 22, 1948 to July 7, 1949. 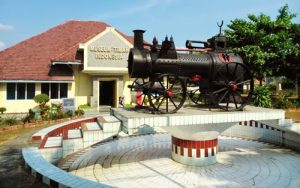 Tin Museum was officially opened on August 2, 1997. The museum is specializing in the history of tin mining in Bangka Island. It displays historical objects and dioramas in tin mining. In addition, visitors can also watch the making of handicrafts from tin. 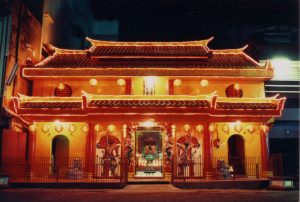 Kwan Tie Miaw temple is one of the oldest temples in Bangka Island. The temple was built in 1797 by various groups of tin miner. At the beginning, the temple was known as Kwan Tie Bio. Then at the time of New Era, the temple was named Amal Bakti. The current name started from Reformation Era.

On top of Kwan Tie Miaw’s roof, there is an ornament of pumpkins. And in front of the temple, there is a symbol of Patkwa which is a circle of black and white representing good luck, fortune or happiness. Kwan Tie Miaw temple is located at Mayor Muhidin Street, Pangkal Pinang City.

You may also read: Things to Do in Sumatra 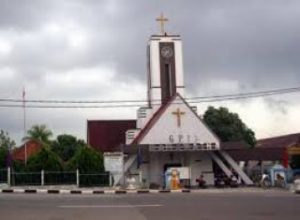 Maranatha church was originally named Kerkeraad der Protestansche Gemeente to Pangkalpinang. The church was built during the reign of Resident J.E. Eddie in 1927. After independence, the church’s name was changed to Western Indonesian Protestant Church (GPIB) Maranatha Pangkalpinang.

Maranatha Church has a unique large clock tower that becomes its icon. The building is made of concrete with a pyramid-shaped roof and walls of brick covered with granite. The building consists of a main building and two ancillary buildings on the right and rear. In the middle of the building, there is a tower with Cross on its roof top. Maranatha Church is located at Kacang Padang Street, Pangkal Pinang City.

You may also visit: Things to Do in Padang 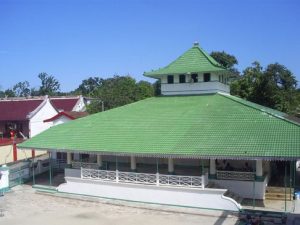 You may also visit: Things to Do in Banda Aceh 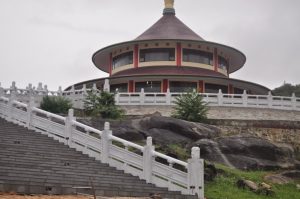 Pagoda Vihara Puri Tri Agung is often called Shaolin Temple by the local community because the building is similar with Shaolin Temple. It took 12 years to build the temple that is situated on Rat Beach. The temple was inaugurated in 2015 by Minister of Religious Affair, Minister of Tourism and Governor of Bangka Belitung Islands.

You may also visit: Things to Do in Medan 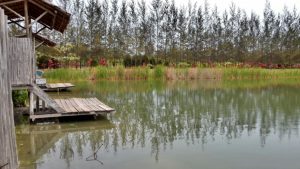 Bangka Botanical Garden is a reference to the development of unproductive land such as former tin-mining land and peat land. The garden turns the land of pH level (acidity) under 5 to be fertile soil planted with various plants, fish pond, and cattle farm.

That’s all folks. Now you know the top things to do in Bangka Island, East Sumatra Indonesia. You can enjoy many Banka Island Indonesia attractions with your best friends or family here, from cultural and the best holiday trips. Let’s hit the road!

12 Top Things to Do in Pekanbaru, Riau Indonesia – Natural and Cultural Spots