16 Pleasure Things to Do in Bandung for Five Days

Bandung is undoubtedly a popular destination in Indonesia. If you have free time for five days, Bandung is the perfect place to go. Let’s find out the pleasure things to do in Bandung for five days ..! 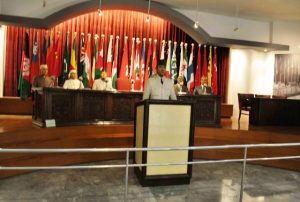 On the first day you should visit the places that become the icon of Bandung. Museum Konferensi Asia Afrika is a historic building that witnessed the success of the conference of nations in Asia and Africa.

The conference was held to strengthen relations between the two continents amid the threat of war between America and the Soviet Union. Here you can see various items and photos related to the historic event.

How to Get There
Museum Konferensi Asia Afrika is located at Asia Afrika Street, Bandung. It’s free entry. Opening hours is 9am – 4 pm. Every Monday the museum is closed. 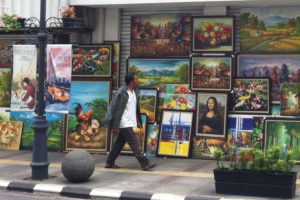 Braga Street is the most famous and instagramable street in Bandung. Braga Street is flanked by beautiful old buildings with Dutch-style architecture.

On the side of the street you can see the paintings that are displayed neatly. In addition there is also Braga City Walk which is a cool hangout. 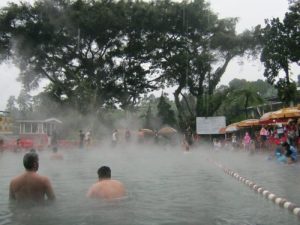 The second day should be spent by exploring North Bandung. You can start your cold morning by soaking in Ciater Hot Spring.

While soaking in hot bath you can enjoy the natural beauty that surrounds this place. In addition, soaking in Ciater Hot Spring is believed to cure rheumatism and various skin diseases.

How to Get There
Ciater Hot Spring is located in Sari Ater Village, Ciater, Subang Regency. It’s about 1 hour drive from downtown Bandung. The admission is Rp 28,000 on weekdays and Rp 32,000 on weekend. To soak in the pool you will be charged again. The price varies depending on the type of pool, ranging from Rp 14,000 to Rp 75,000. It opens 24 hours. 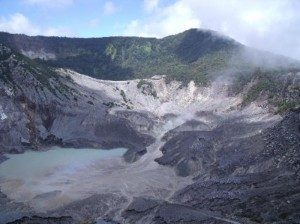 The next stop is Mount Tangkuban Perahu which is only about 15 minutes from Ciater. You will not feel tired at all because you can drive up to the top of the mountain.

Mount Tangkuban Perahu has a height of 2,085 meters above sea level and is an active volcano. Its craters still puff white smoke. If you have the guts you can try to boil an egg in one of the craters. 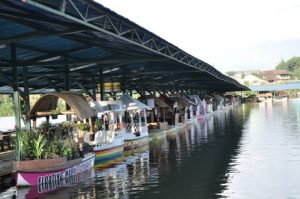 Continue your trip to Lembang, about 30 minutes from Mount Tangkuban Perahu. Floating Market is one of the popular destinations in Lembang. It’s the perfect place for family lunch.

Located on the river side, the Floating Market has a relaxed atmosphere and beautiful scenery. Besides serving Sundanese food to Western food, Floating Market also has various attractions such as rabbit park, museum of mini trains and bamboo village.

How to Get There
Floating Market is located at Grand Hotel Street, Lembang, West Bandung Regency. The admission is Rp 15,000 which you can exchange with drink. Opening hours is 9 am – 5 pm. 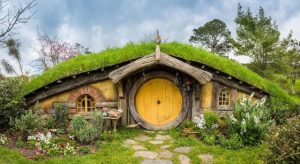 After lunch, you should visit Farmhouse. The Farmhouse is famous for its Hobbit house, one of the instagramable spots that many tourists hunt.

In addition, the Farmhouse also offers a European rural atmosphere. This is reflected in the European-style buildings and the beautiful flower gardens.

How to Get There
Farmhouse is located at Lembang Street, Lembang, West Bandung Regency. The admission is Rp 20,000 which you can exchange with milk or grilled sausage. Opening hours is 9 am-9pm. 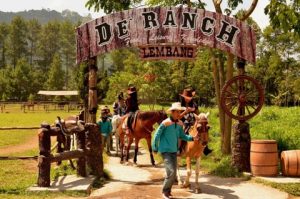 Spend your afternoon at De Ranch. You can ride a horse around the vast De Ranch while enjoying the fresh air.

There are horse keepers to guide you so you can ride safely. In addition to riding, De Ranch also offers other attractions such as flying fox, trampoline, archery, and fishing.

How to Get There
De Ranch is located at Maribaya Street, Lembang, West Bandung Regency. The admission is Rp 10,000. Opening hours on weekdays is 9 am – 5 pm and on weekend is 8 am – 6 pm. Monday is closed. 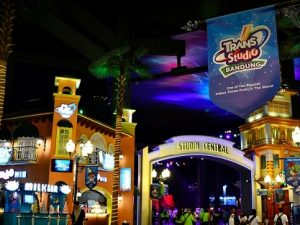 The third day must be used for having fun in Trans Studio. Since Trans Studio is Indonesia’s biggest indoor theme park, it takes a whole day to try all the Trans Studio’s rides.

Trans Studio is an amusement park for all ages. Various popular rides can be found here like the Giant Swing, Racing Coaster and the Windmill. Visiting Trans Studio is definitely one of fun things to do in Bandung with family. 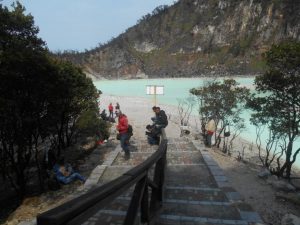 The fourth day is intended to South Bandung. Kawah Putih (White Crater) is one of the instagramable spots in South Bandung. There are even some brides who did a pre wedding shoot here.

Kawah Putih has high sulfur content. It can cause nausea and dizziness for those who can not stand. Therefore visitors are advised to be in the crater not more than 15 minutes. Although it looks dangerous, you will be surprised to know unimaginable things to do in Kawah Putih .

How to Get There
White Crater is located in Ciwidey, Bandung Regency. The admission price for domestic tourists is Rp 15,000 while for foreign tourists is Rp 30,000. Opening hours is 7 am to 5 pm. 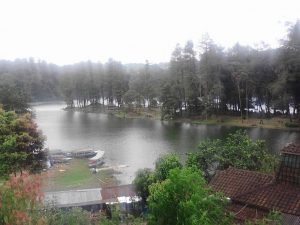 Situ Patenggang is a lake located at an altitude of 1,600 meters above sea level. The lake is surrounded by tea plantation and is only about 30 minutes away from White Crater.

Situ Patenggang has a stunning beauty and a calming atmosphere. While you’re here, take some time to stop by Pinisi Resto, a pinisi shaped restaurant. This restaurant serves Indonesian food and Western food.

More pleasure things to do in Bandung for five days
On the last day, you can shop for souvenirs or do a culinary tour

All right guys, now you have the list of pleasure things to do in Bandung for five days. Just make sure you’re in good shape, both physically and financially. Enjoy your holiday in Bandung..!

16 Amazingly Free Things to Do in Bandung West Java