Aceh, a province in Sumatra that people names it as the Veranda of Mecca, has many religious attractions with beautiful architecture and breathtaking scenery.

Here are some of the religious sites you must visit in Aceh: 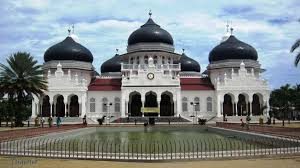 Masjid Raya Baiturrahman or Baiturrahman Grand Mosque is one of the most magnificent buildings in Southeast Asia.

This mosque is located in the center of the city, it has beautiful carved decorations and architecture. This magnificent building is a silent witness to Aceh’s history and the pride of the people of Aceh. 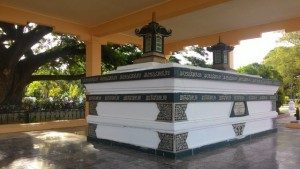 The said king ruled from 1607 to 1636. Many pilgrims still visit his tomb to this date, especially on Islam’s special days. 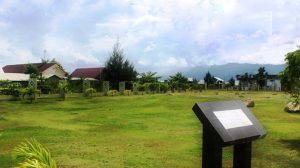 When you visit the Tsunami Museum, don’t forget to visit the Ulee Lheue Mass Cemetery in Banda Aceh.

This is one of the mass burials where the victims of the Aceh tsunami were buried. Actually, there are still other mass burial sites, as found in Lampuuk 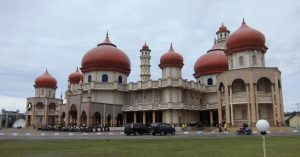 The building is one of Aceh’s popular religious attractions.

This mosque is famous for its architectural beauty and bright colored domes. Many Muslims people come to this mosque to pray every day, five times a day. Travelers are also welcome to this building be it for praying or just for admiring the beauty of the building and its surrounding. 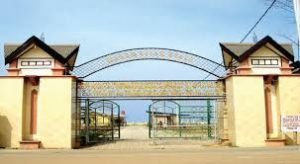 Syiah Kuala tomb is one of the top religious sites that is worth to visit when you are in Aceh.

This place not only attracts local tourists but also foreign tourists. They come, not just for recreation, but also offer prayers and dhikr. This tomb illustrates the struggle in Aceh’s history and the history of how Islam was spread in this province.

You might want to read:  Things to Do in Aceh Besar Indonesia 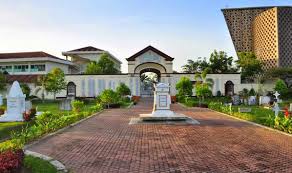 Kerkhoff Cemetery is well known as one of the most extensive buried cemeteries in the world. This grave is well cared for by Aceh people.

The cemetery is unique because there is something different from the middle part of the tomb. There is a separate tomb with the others that is the tomb of Meurah Pupok, the son of Sultan Iskandar Muda who Aceh people believe, was turned into stone by his own father for committing adultery. 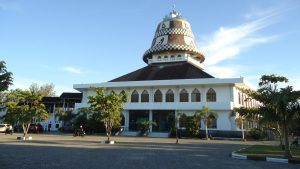 Baitul Musyahadah Mosque Aceh’s next religious tourist location. What can you see when you visit this mosque?

The first is, of course, you can see the beauty of its architecture; the second one is the uniqueness of its replica in the form of a typical Acehnese hat named kupiah meukeutop. So the Baitul Musyahadah Mosque is also known as the Meukeutop Mosque. 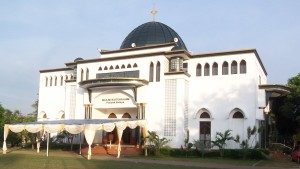 This building was one of the silent witnesses of the 2004 tsunami in Aceh, where the building was still standing upright despite being hit by a devastating tsunami.

Yes, the only building that still stands tall in the Ulee Lheue area. The mosque which at the beginning of its establishment was called the Ulee Jamik Mosque Lheue, was a relic of the Sultan of Aceh in the 17th century. 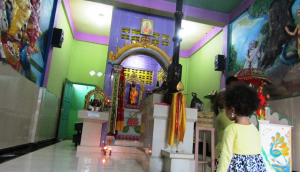 The next Aceh religious tour is the Temple of Palani Andawer. Aceh is not only famous for its magnificent and beautiful mosque buildings but also there are proper and maintained non-Muslim places of worship.

This temple, which has the full name Maha Kumbha Abhisegam Palani Kamuwer, was founded in 1934 and is the only Hindu temple found in the Veranda of Mecca.

Also read:  Things to Do in Banda Aceh Indonesia 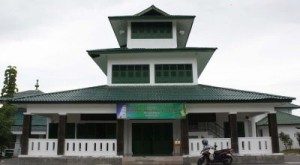 Teuku Dianjong Mosque is located near the Temple of Palani Kamuwer. The location is in Peulanggahan Village, Kuta Raja District.

This mosque was built by Sayyid Abu Bakar bin Husein Bafaqih and it has existed since the 18th century. Sayyid Abu Bakar was a merchant who came from Arabia and migrated to Aceh to trade his merch, which in the end also helped spread Islamic teachings in the Veranda of Mecca.

Although this mosque was built decades ago, the structure of this building is still well-maintained and many Muslims come to this building to pray 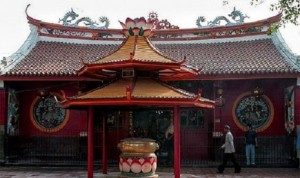 This Dharma Bakti Vihara monastery is the oldest and largest temple in Banda Aceh. The place which is famous as the ace of Aceh is a village.

The Dharma Bakti monastery was built in 1936 named Ta Pe Kong. At that time, the building was still roofed with zinc and the building was a wooden house. Later in 1960, a Hokkian Chinese descendant (Fung Chung Min) built with concrete materials. 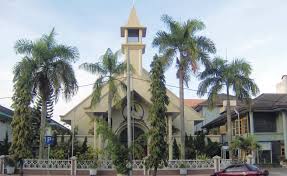 This church is located at Ahmad Yani Street No.2 Banda Aceh. It has neo-classical architecture with an area of up to 168 m2.

In this Catholic Church there is a 12 meters tower, a ceramic floor with colorful mosaic shapes, and bells from the Netherlands.

Although Muslims is the dominant population in Aceh, this Church is still preserve and still be used for religious ceremony.

Hopefully, the information from various sources regarding religious tourism places in Aceh can be helpful for you. Have a good vacation!

What to Do in Ratu Boko Yogyakarta – Cultural Spots

Historical Destination in Aceh for Travelers (Classic and Beautiful)

7 Most Breath-taking Mountains to Hike in Aceh,...

The Best 10 Waterfall in Aceh Where You...

Best 8 Beaches in Aceh to Enjoy Your...

Visit These 3 Museums in Aceh to Broaden...

Historical Destination in Aceh for Travelers (Classic and...