Indonesia has a tropical climate that made the Dutch colonial ruler often feel hot. To rest from the heat, the Dutch founded hill stations in the mountains where the temperature is cooler. Nowadays hill stations are a popular destination for weekend getaways. Let’s see the best hill stations in Indonesia ..! 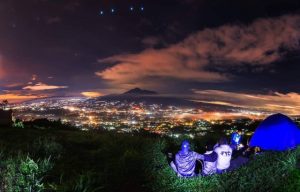 Bogor was once the residence of the Dutch Governor-General who ruled Indonesia. Bogor was also a place where the Dutch spent their weekend and escaped from the Jakarta rush in the summer.

Bogor is located in West Java. It’s about 60 km south of Jakarta. There are lots of things to do in Bogor. 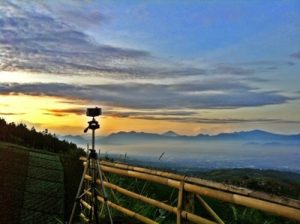 The Dutch dubbed Bandung as Paris van Java because of its beauty. The city became a favorite retreat of the famous Governor General Daendels.

The existence of the Jakarta-Bandung toll road makes Jakartan people come in droves to Bandung to spend their weekend. In addition to the natural beauty, culinary tours and shopping tours are also the main attraction of Bandung.

Bandung is located in West Java. It’s about 2.5 hours drive from Jakarta. 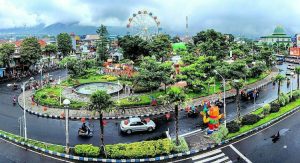 Malang was once an exclusive area that was home for Dutch and other European people. The Dutch ruler designed Malang as an independent city that provided comfort to its residents.

Today Malang is a popular destination in East Java. You can visit various attractions in Malang, ranging from natural beauty, amusement parks to culinary tours.

Malang is located in East Java. It’s about 2.5 hours drive from Surabaya. 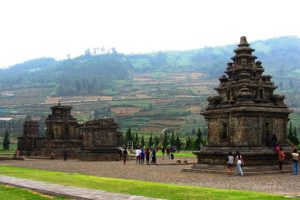 The fertile land of Dieng Wonosobo made the Dutch establish coffee, tea and tobacco plantations in the region. In addition to being a center for crops trade, the Dutch also made Dieng Wonosobo as a comfortable residential area.

Dieng Plateau is a popular attraction that must be visited. Besides enjoying the natural beauty of the mountains, you can see the magnificence of the Arjuna Temple built in the 8th century AD.

Dieng Wonosobo is located in Central Java. It’s about 120 km southwest of Semarang. Stop by Wonosobo and you will have plenty of things to do in Wonosobo. 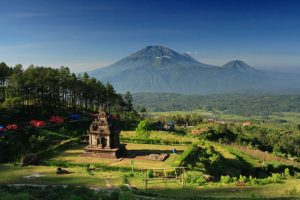 Slightly different from other places, Ungaran was used as a military base by the Dutch. Here visitors can see Fort Willem II built in 1786. In addition there are also Dutch-style buildings that can be found around Ungaran.

Besides heritage tour, Ungaran also has natural beauty typical of mountains. Not only enjoy the atmosphere of the mountains, visitors can also visit waterfalls, baths, water park and Songo Temple.

Ungaran is located in Central Java. It’s only half hour drive from Semarang. There are many things to do in Ungaran. 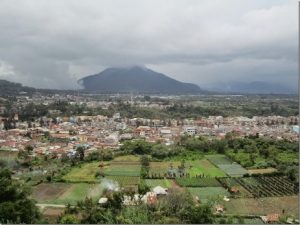 The Dutch made Berastagi as a plantation center. To this day, various vegetables and fruits are produced by Berastagi. Markisa and orange are Berastagi’s famous fruits that become a mandatory souvenir for tourists.

Berastagi is at an altitude of 1,300 meters above sea level so it has a cool air. Each holiday season, Berastagi is crowded by visitors who want to enjoy the typical atmosphere of the mountains. In addition they also enthusiastically want to see the house where the founding father Soekarno exiled. 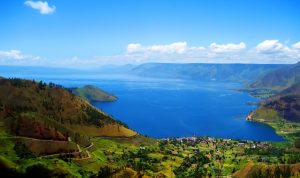 Lake Toba area in the Dutch colonial era became the center of Christianity in Sumatra. However, it was not easy for the Dutch to conquer the area because of fierce resistant by its residents.

Lake Toba is located at an altitude of 904 meters above sea level and is the largest lake in Indonesia. The beauty of Lake Toba and its culture invite hundreds of foreign and domestic tourists to come and spend their holiday time here. 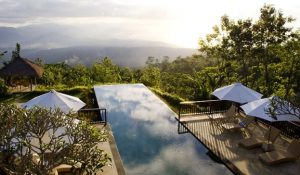 Munduk Village is dubbed “the Village above the Clouds” because the village is located at an altitude of 900 meters above sea level. In 1890 the Dutch established coffee, cocoa and clove plantations in Munduk.

With its cool air and breathtaking scenery, the Dutch also made Munduk as a resort area. Today Munduk is the most panoramic trekking spot on Bali.

Munduk Village is located in Banjar, Buleleng Regency, Bali. It’s about 2.5 hours drive from Denpasar. There are long list of things to do in Munduk. 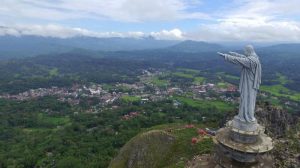 Besides having the panoramic beauty of mountains, the uniqueness of Tana Toraja culture also invites the curiosity of tourists. Funeral ceremony is the most awaited event because tourists can see dozens of buffalo and pigs slaughtered to entertain the guests.

Tana Toraja is located in South Sulawesi. It’s about 8 hours drive from Makassar. 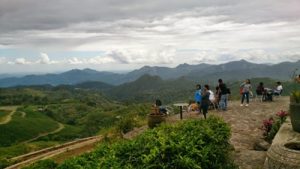 Malino is a resort area built by the Governor-General Caron who ruled Sulawesi. Malino is also famous for being a place of negotiation that resulted in the formation of the Republic of Indonesia Union.

Malino has a cool air and amazing natural scenery. Tea plantation, waterfalls and flower gardens are a must-see attraction

Malino is located in Gowa Regency. It’s about 2 hours drive from Makassar.

All right guys, now you have the list of best hill stations in Indonesia. Get your backpack and let’s explore them.

Is Indonesia Safe for American Tourists? (The Real Truth)

15 Breathtaking Places in Indonesia to See Before You Die