Indonesia is a land of volcano. There are many active volcanoes scattered from west to east. It is not surprising that various craters were formed and provoke curiosity. Looking into the crater is the same as looking at the path to the underworld. Let’s explore some of magnificent craters in Indonesia. 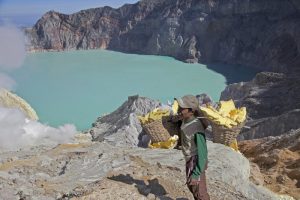 Ijen Crater is probably Indonesia’s most famous crater. This crater produces sulfur that is still mined traditionally by locals.

The charm of Ijen Crater is its blue flame which can be seen only at 2 am to 3 am. In addition, you also should not miss the beauty of the sunrise at the top of Ijen Crater. 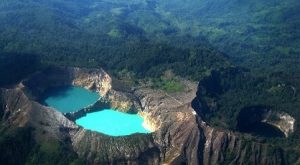 Kelimutu Crater, Flores’s flagship attraction, consists of three lakes of different colors. The most striking is the lake in the middle whose color is green tosca.

The color of the crater can change based on volcanic activity and the intensity of sunlight. Kelimutu Crater is quite easy to climb, just one hour from the parking lot.

How to Get There
Kelimutu Crater is located in Flores, East Nusa Tenggara. The admission is Rp 5,000 for domestic tourists and Rp 150,000 for foreign tourist. Opening hours is 5 am to 6 pm. Besides Kelimutu Crater, you should also visit breathtaking beaches in Flores. 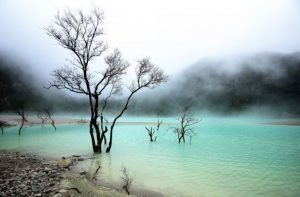 White Crater comes from the eruption of Mount Patuha. The crater, located at an altitude of 2,400 meters above sea level, is always crowded by visitors.

Since the crater has high sulfur levels, visitors are advised not to linger in the crater. This whitish green crater is an instagramable spot that often appears in the movies.

How to Get There
White Crater is located in Ciwidey, Bandung Regency, West Java. The admission is Rp 20,000 for domestic tourists and Rp 50,000 for foreign tourists. Opening hours is 7 am to 5 pm. 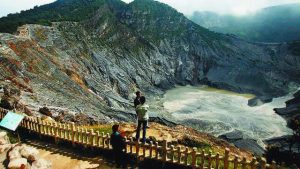 Tangkuban Perahu Crater is the most accessible crater. You can drive a car or motorcycle to get to the top of the crater.

Tangkuban Perahu Crater consists of three parts, namely Domas Crater, Ratu Crater and Upas Crater. Of the three, Upas Crater is considered the most dangerous because it has the highest sulfur content.

How to Get There
Mount Tangkuban Perahu is located in Lembang, Bandung Regency, West Java. The admission price is Rp 30,000 for domestic tourists and Rp 300,000 for foreign tourists. Opening hours is 7 am to 4 pm. In addition to visiting Tangkuban Perahu Crater, there are still other things to do in Bandung. 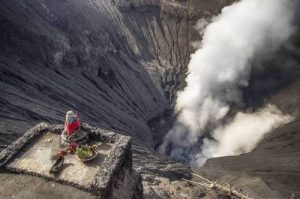 Bromo Crater is located at an altitude of 4,000 meters above sea level. Bromo Crater is one of the most active craters in Indonesia so there are times when the crater can not be visited for safety reasons.

Bromo Crater is famous for Kasodo Bromo ceremony, a traditional ceremony held annually in July by locals as a manifestation of gratitude to God. In this ceremony, various crops are thrown into the crater as offerings to God. 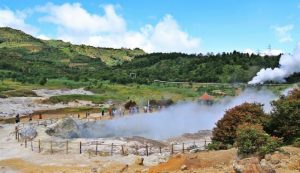 Sikidang crater emerged as a result of volcanic activity in the Dieng plateau. What makes Sikidang Crater unique is it is located on a plain that tends to slope, unlike other craters.

Even so, Sikidang Crater still has high sulfur content. The temperature of the crater reaches 80 – 90 degrees Celsius.

How to Get There
Sikidang Crater is located in Dieng Kulon, Banjarnegara Regency, Central Java. The admission is Rp 10,000. Opening hours is 7 am – 4 pm. You will not get bored here. There are lots of things to do in Dieng. 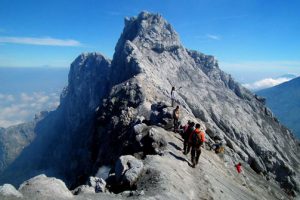 Mount Merapi is believed to be the most active volcano in Indonesia. That’s why only the brave who can set foot on the lip of Mount Merapi Crater.

The last time Mount Merapi erupted was in 2010. Until now its volcanic activity is still reported normal and the crater still emits white smoke.

How to Get There
Climbing to the top of Mount Merapi starts from Selo, Boyolali Regency, Central Java. The admission is Rp 16,000. 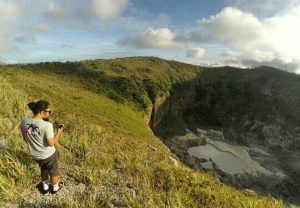 Mahawu Crater is one of the popular attractions in North Sulawesi. From this crater visitors can see the beauty of Mount Lokon, Manado city and Tomohon city.

The government has built stairways to make it easier for visitors to reach the top of the crater. Visitors can enjoy the scenery freely because Mahawu Crater does not produce smoke.

How to Get There
Mahawu Crater is located in Tomohon, North Sulawesi. There is no admission, you are only expected to make a donation. 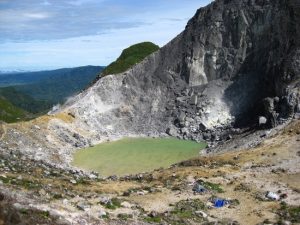 In addition to enjoying the magical atmosphere of the crater, visitors can also enjoy the beauty of the sunrise. School holidays are the times when Mount Sibayak Crater is packed with climbers.

How to Get There
Sibayak Crater is located in Karo, North Sumatra. The admission is Rp 2,000. 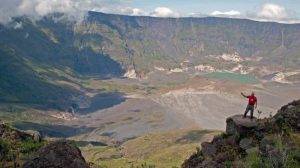 Mount Tambora has the largest crater in Indonesia. The crater has a width of seven kilometers, a circumference of 16 kilometers and a depth of 800 meters.

Along the lips of the crater you can see the beautiful edelweiss flowers and the vast sand dunes. Amazingly, from here you can also see the sea in the distance.

How to Get There
Mount Tambora Crater is located in Sumbawa, West Nusa Tenggara. The admission is Rp 5,000 for domestic tourists and Rp 150,000 for foreign tourists. Sumbawa has various attractions. You will have many things to do in Sumbawa.

The crater tour is an impressive adventure. You will inevitably mingle with the nature, culture and daily life of Indonesians. You should try to conquer some of magnificent craters in Indonesia. They are really picturesque and awesome.

16 Best Beaches in Indonesia Near Jakarta

16 Must Try Local Foods in Yogyakarta