Many marine tourism places to be a lot of tourist attractions in visiting foreign tourists in Indonesia. This proves that our marine tourism is not already very famous. This time we will discuss Indonesia’s most famous and most beautiful scuba diving place.

Scuba diving itself is diving activities to enjoy the underwater beauty. Some tempt scuba diving in Indonesia offers many different sea beauty with each other. Each place has its own beauty.

Here are the best spots for scuba diving in Indonesia you should visit! 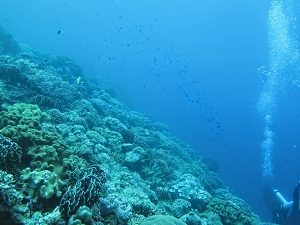 Banda Maluku islands are one of the tourist attractions in Indonesia is quite famous for its natural beauty. If we visit this one island we will be welcomed by the beautiful reserve of the vast expanse of ocean and the many beautiful islands that will be very interesting.

Banda island itself has some pretty famous diving spots. If you like diving then you can visit one of the spot diving in banda like Sonegat, Volcano, Hatta Island, Stone ship and some other spots that are not less beautiful. 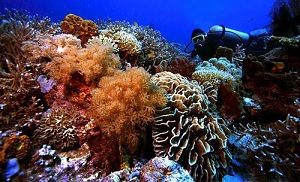 Bunaken Island is one of the most popular diving spots in Indonesia. The tourists are willing to travel far enough to enjoy the beauty of the underwater Bunaken beach. The existence of Bunaken beach itself is one of the important pillars as a tourist attraction in North Sulawesi.

Even every year to attract tourists always held annual event enough attention of the world. If we often follow the development of world tourism in Indonesia, then we will hear about Sail Bunaken already very famous. This event itself is used as a media campaign by the local government. With this event, the beauty of the underwater Bunaken beach is increasingly popular among divers in Indonesia and the World. Even the underwater beauty of Bunaken beach itself is one of the most famous scuba diving spots in the world.

To reach Bunaken Beach itself takes about 20 to 30 minutes from Manado City. The most frequent means of transportation to go to Bunaken beach is the speed boat. However, if you visit this beach should choose the right time so we can enjoy the beauty of the underwater park Bunaken Beach. 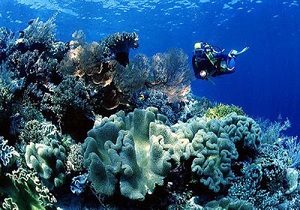 If we visit this marine park then we will be pampered by a cluster of corals that amounted to more than 20 clusters that are guaranteed very indulge us. In addition, Wakatobi itself has a very clear sea water. No wonder if in addition to being a popular diving spot, this location is also a snorkeling place that is not less famous. Although not as wide and as free as doing diving snorkeling at Wakatobi itself will not disappoint. We can still enjoy the beauty beneath the sea with satisfaction.

The Wakatobi marine park itself has a lot of underwater beauty that we can not miss just like that. This one marine park has 750 species of coral scattered throughout the archipelago Wakatobi. Besides this location also has a stream that is not too swift, so quite friendly and safe to pass diving. Visibility on the inside was relatively bright and clear, this is because the sea itself is classified as the Wakatobi sea that has a high level of clarity. 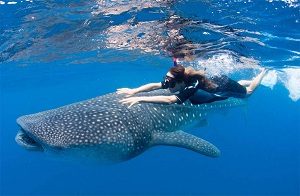 Any best spots for scuba diving in Indonesia? This one tourist location is located in the western part of the bird’s head in Papua. The beauty of this bay of paradise itself has been recognized by many parties, not only from within the country only. This cendrawasih bay is itself the largest marine park in the world. This is certainly very proud not only for the people of Papua but also for Indonesia itself.  (Read: Things to Do in West Papua Indonesia )

In addition to being a place of scuba diving in Indonesia is quite famous. This place itself also became the part of the study of marine wildlife is quite famous. One of the activities that are pretty much turned off by the tourists is swimming among the whale shark large enough and can be said not too aggressive. The cendrawasih bay itself is one of the points that whale sharks pass through in the course of its annual migration. This is what makes the bay of cendrawasih also became the center of a study of whale sharks are quite famous in the world.

As one of the tourist attractions in Papua no wonder if this one place is getting special attention both from the local government and central government. In this location itself has a lot of spot diving is quite famous. In addition to the famous with whale shark bay itself also has a considerable diversity of marine biota. in this bay alone there are approximately 200 species of fish that we can find. Not to mention several types of marine coral that give its own beauty.

More Diving Spots in Indonesia You Should Try Before You Die

Well, that was complete information about where scuba diving in Indonesia that you can visit. If you visit these places do not forget to follow to preserve the ecosystem. Hopefully, the information was useful.

16 Best Things to Do in Selayar South Sulawesi (Hidden Paradise)

16 Best Things to Do in Sulawesi Indonesia