Seeing the cool things to do in Yogyakarta, maybe you can witness some of the facts that contain an activity of visiting temples. In Indonesia itself, the number of temples are so many, and they spread across the country in some several spots.

Like in the Java island for example, there are some temples which are considered as the famous ones too. And not only Java, the other island like Bali also has its own spectacular temples that included in things to do in Balinese temples. So, to be able to understand more about them, we make the list below that contains all the information about temples in Indonesia for tourist attractions. 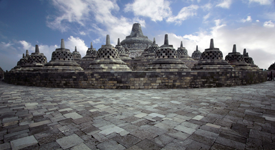 As for the first temple, of course you would know this temple already. The name is Borobudur, famous for the temples itself and the things around them that included in previous article like you can see in Borobudur Yogyakarta.

Filled with so many well maintained aspects, the Borobudur temple is and still popular in the eyes of tourism. At least for the entrance ticket that consists about Rp30.000,- only, the tourists can still have a good time while the money of the tickets is used for the improvement and also for maintained the temple’s environment. 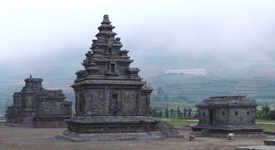 The next temple is located in the Dieng area of Banjarnegara, Central Java. The name is the Arjuna Temple, known as the cold temple because it’s located in a high land with reatively cold weather.

Based on the history, the temple was built in the 8th to 9th century and believed to be the oldest temple in Java island. This temple complex consists  four other temples, the Arjuna, Srikandi, Sembadra, and the temple of Puntadewa. The entrance ticket is only Rp15.000,- 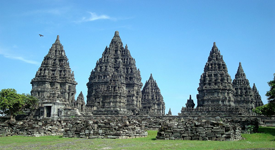 And also as one of the famous temples in the Java island, the name of Prambanan temple is not too strange anymore in anyone ears. Located in the area called Bokoharjo, the tourists usually target this place after or before visiting the Borobudur temple.

Like you can see here, you can also find another interesting place within the area, all included in the article of things to do in Prambanan. The administrasion fee is not too expansive for a wonderful temple like this, it’s Rp40.000,-. Also sometimes, there will be the theater that will held in the area of Prambanan temple. 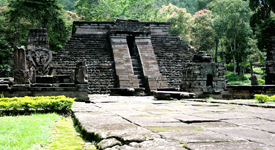 The next temple is can be found in the area of Ngargoyoso, Karanganyar, with the name of Sukuh Temple. This temple is not ordinary. Built with its unique architecure which looks almost the same like the Mexican pyramid, the temple itself was found in 1815.

There are several discussion here and there about the originality of this temple. Is it has the relation with the Mayan Pyramid? Or it’s just a similar building built by the local people? It’s still uncertain. However, the people around still use it to be the Karanganyar must visit attraction that only have the entrance ticket fot Rp3.000,-. 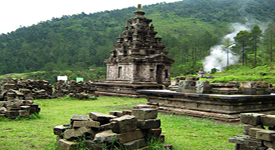 As for the fifth temple, we put the temple of Gedong Songo on the list. This temple is also located near the Dieng area, which is famous for its Arjuna Temple. The temple was firstly found by Thomas Stamford Raffles in 1804.

Based on the relics and other strong evidence, the temple is believed to be built during the Syailendra Dyntasy in the 9th century. Now, the temple is mainly used for the attractions spot. Per tourist, they will be charged with Rp7.500,- administration ticket. 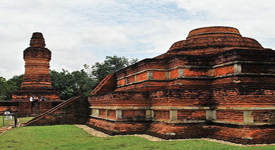 vAside from the Java island, some islands in Indonesia also have their own unique ancient temple. Like this temple for example, located in the Riau Island which is famous for its things to do in Riau islands. It’s also considered as unique temple beside the Sukuh, because of its unique architecture which consists of an complex filled with buildings and a tower.

As for the tourists, they can enter once they paid the entrance ticket, which is only for about Rp4.000,-. Until now, the place is still crowded with people who want to know about the temple itself, or the red brick tower. 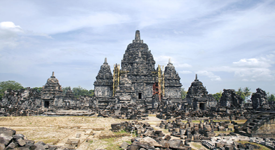 Many said that information is true, and others have their own suggestion. Whether is true or not, you can still visit the Sweu Temple, which is located not too far from Prambanan temple. The administrasion ticket is only Rp10.000,-.

As you know, there are some temples in the small list here too, which also included as temples in Indonesia for tourist attrations. They exist in some regions in Indonesia, and not only inside the famous islands. So, be sure to check more of them below :

16 Blooming Non-Touristy Things to Do in Yogyakarta Area

15 Beautiful Things to Do in Cimahi, West Java