7 Natural Things to Do in Dago Bandung

Dago Pakar with its famously beautiful nature also contains some historical elements which becomes the main attraction of the place. Dago Pakar is also a city park that is tailored into the first forest park in Indonesia since the President Suharto era, who also had a part in its construction. Without further ado, let’s check the place out. 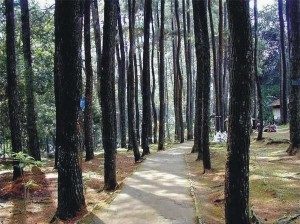 This tourist destination has its own uniqueness compared to other Bandung attractions and things to do in Puncak. When you enter the forest area, you will see a lot of old and tall trees. The condition is so natural that will give an air of relaxation to anyone who visits the place. The location is absolutely suitable for refreshing and relaxing. Breathing the cool fresh mountainous air of the place, we can stop for a while from the hectic city life to get a healthy refreshing moment.

As stated before that in the President Suharto era, the city park was turned into a forest park in the city. The name was also changed into Djuanda Forest Park, or more popularly Tahura Djuanda. If you travel from Bandung city, it will cover a distance around 7 km to the north. The place is situated 800-1.350 meters above sea level, in Dago Atas. Because of the location, Tahura Djuanda is widely known as Dago Pakar. In Dago Pakar that has an area about 527 ha you can find historical sites such as Dutch Cave and Japanese Cave, the remains of the prehistoric humans in the mini museum, educational tour about the variety of plants, and many more.

If you decide to take a vacation to Dago Pakar, it is better if you enjoy the place by walking through the 5-7 km path in the forest. Walking can also make you fully enjoy the environment and its fresh air.

Along the path, you can find the historical Dutch Cave and Japanese Cave. These are detailed spots in Dago Pakar: 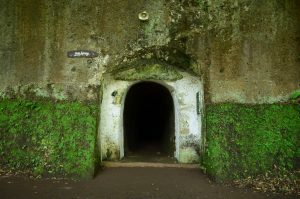 This is a man-made cave built in 1942 when Japanese colonized Indonesia. The cave is located approximately 600 meters from the forest park entrance. There are four connected doors in this cave that are connected one another, except the second door. It was designed in order to deceive the enemies.

This 70 meters in length cave was functioned as a defensive fortress and offered protection for the Japanese in North Bandung. The cave contains 4 rooms that once were used as the rooms for Japanese commanders. When the Japan retreated from Indonesia, the cave used to be abandoned and overgrown with thick bushes. In 1965, the cave was found in a complete condition with ammunitions and the guns that were belonged to the Japanese. 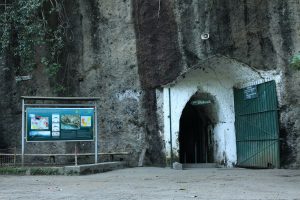 The next is a Dutch Cave that is about 400 meters from the Japanese Cave. This cave is larger and in a better condition than the Japanese’s. The cave had indeed been restored several times.

By visiting the Dutch Cafe, you will learn about Indonesian war history and their fights. 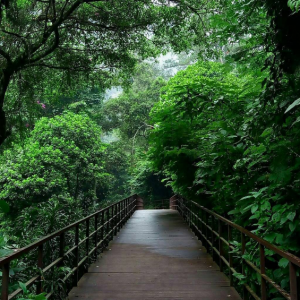 The vast Tahura Djuanda area connects the Dago Pakar and Maribaya Lembang. Anyone who likes to walk and hike can try to go through the 4 km trail from Dago to Maribaya. The trip is ascending, and you will pass the curved rivers accompanied with the chirping birds and sometimes monkeys.

You may also visit more places in Bandung with your lovers such as, 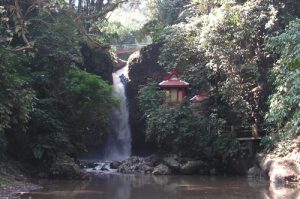 The waterfall that is located 800 meters above sea level is only 12 meters in height. It is formed as the result of the Cikapundung River stream that heavily runs from Maribaya to Bandung. The waterfall is never runs out of visitors.

Besides of the exquisite beauty, Dago Waterfall also has the remains of Thailand Kingdom near the waterfall location. The stone relic is the remains of the visit of King Rama V and King Rama VII from Chakri Dynasty in 1818. The waterfall is a-must-see place if you visit Bandung because of the relaxing scenery that becomes the main attraction. 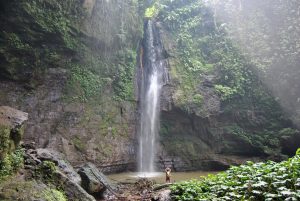 The waterfall is always visited by many visitors because of its fresh and attractive scenery with a lot of green trees around that will make you never to forget the place.

Meanwhile, there are so many spectacular Waterfalls in Indonesia and the highest and most untouchable spots in Indonesia that you may love to visit with your lovers. 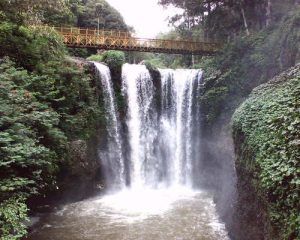 The height of this waterfall is 30 meters with 10 meters in depth. It is part of Cikawari River and Cigulun River that eventually form the Cikapundung Hulu River. Above the waterfall, there is a bridge that can be crossed and be used to get a view from above of the waterfall.

The destination is one of the unique waterfalls in Indonesia that makes visitors always visit the destination.

Meanwhile, this is also one of the best things to do in dago Bandung Indonesia. To get here, you don’t need to buy cost ticket to enjoy the beauty. Yet you only need to maintain its beauty and be good to its wonderful nature. 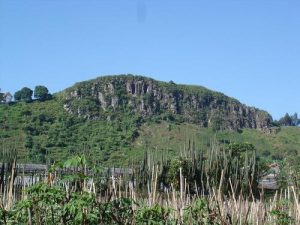 Lembang Fault stretches from the east to the west region of North Bandung. The fault is clearly visible along the 25 km, and marked by the straight strand of hills start from east Maribaya to Cisarua-Cimahi.

The hill on the fault is the suitable destination for young people because it will take adrenaline to climb it. Thus, the visitors always come to feel the sensations.

Meanwhile, this is also one of the best things to do in dago Bandung Indonesia.

You may also like similar places in West Java:

10 Pleasing Things to Do in Probolinggo East Java