Top 20 Things to Do in Braga Bandung, West Java Indonesia 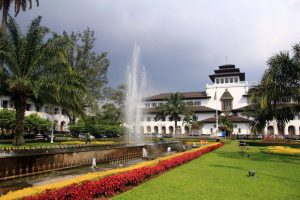 As a metropolitan city in West Java, Bandung also becomes a famous place in the eyes of travelers around Indonesia. Why? Because in Bandung, you can find many spots to explore. Also, even though its very crowded, Bandung is still a cold city, very comfortable.

So what are those places the travelers searched? Let’s check the things to do in Braga Bandung, Indonesia here! 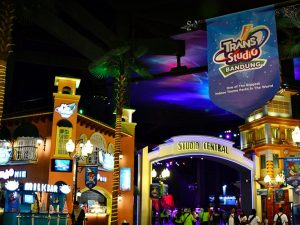 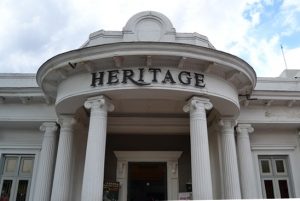 What’s all the things to do in Braga Bandung, Indonesia? Heritage Factory Outlet Bandung is very exotic and nuanced with old buildings of the Dutch colonial legacy and turned magically into a leading fashion shopping center in the city of Bandung. Although an old building was established in 1895, but the exotic value of its history is seems to be the value of attractiveness FO Heritage compared to other FO in Bandung.

Providing various types of fashions with famous branded and highly competitive fashion will make Heritage FO, the right choice for you who are looking for unique and fun shopping sensation. Prepare your money! 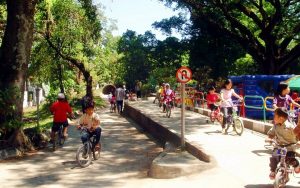 Traffic Park is the area of ​​recreation and education in Bandung. For people of Bandung, it is not complete if you has not brought your children to play in the park located on Jln. Belitung No.1, Merdeka, Sumur Bandung. This children’s recreation park in Bandung is usually open on Monday-Thursday, Saturday and Sunday (Friday is off, except national holidays). Now, some additional facilities are available from various rides, swimming pools, stage performances, to culinary places.

The idea for the establishment of Bandung Traffic Park emerged in August 1954. This idea emerged during a meeting of Board of Association BKLL Bandung Branch. The idea of ​​a Traffic Park was originally intended for the education and socialization of traffic security alone. This place is considered representative, in addition to its strategic location and also larger in size. Fun yet educational spot, perfect for children. 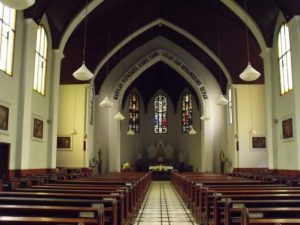 Bandung Cathedral Church, or St. Peter’s Cathedral, is a magnificent church located on Merdeka street, Bandung. The building was designed by Charles Prosper Wolff Schoemaker and used a late neo-Gothic architectural style. Viewed from above, the shape resembles a symmetrical cross. It has an arguably large area, which is ​​2,385 m² . Its considered pretty large for a church.

On June 16, 1985, the Cathedral was named St.Peter’s. But after that, the new building was built. They start to built about 20 years after. In 1922, the church finished and finally blessed by Mgr. Edmundus Luypen, S.J. Very  scenic. 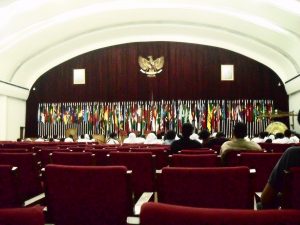 Having a decisive history in the midst of cold war between America and the Soviet Union, the museum of Asia-Africa conference seems to be a living witness how Indonesia in its time played a very important role in the international political scene at that time, and the city of Bandung as the capital and a source of inspiration for the Asian-African nations of the time.

This place of History Tour In Bandung has a concept of Art Deco building with marble based flooring material that deliberately imported directly from the land of Italy which is famous for super and very shiny color. While the room is made of the famous Cikenhout wood and lighting using bias lamps that provide sparkling light. Really historical and yes one of the best things to do in Braga Bandung, Indonesia. 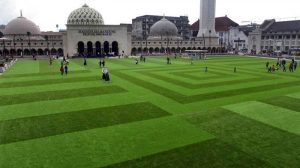 The Bandung great mosque building looks indeed very distinctive and magnificent in terms of architecture. After experiencing some renovation or refurbishment both inside and outside the mosque, finally you will see that the mosque of Bandung is very extraordinary beautiful. The place is always crowded by Muslims every day, whether they want to perform prayers or attend various Islamic studies and other events, both citizens of bandung and tourists.

The location is very strategic, making the mosque of Bandung is easily accessible by you from all corners of Bandung. And if you are looking for a place of worship to pray while relaxing for a moment with a comfortable and cool atmosphere, this is it. A nice place to rest and pray.

You may also visit these places: 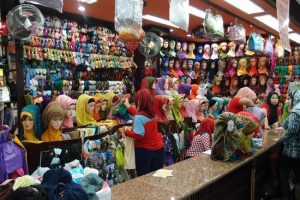 Pasar Baru Trade Center Bandung is one of the most famous and inexpensive favorite shopping place in Bandung city of West Java. Bandung is famous for fashion and culinary centers so do not be surprised if the market is providing a variety of fashion, food and goods, of course at an affordable price. In this new market trace center we can buy ranging from retail to wholesale. Many visitors come from local bandung and outside bandung, even abroad.

Pasar Baru trade center consists of 8 floors, but if you bring a private vehicle you can park on the 8th floor. At the top, you can see the city of Bandung from all directions. When you are tired of shopping and want a culinary tour, on the 7th floor there is a food court and playground for children. While the floors beneath it contains clothing from t-shirts, formal clothing, kebaya, sandals and ground floor there are sellers of various souvenirs typical of Bandung. A must visit place and things to do in Braga Bandung, Indonesia. 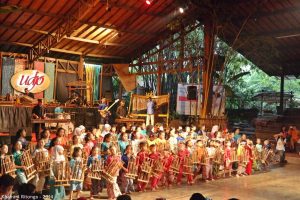 For those of you who want to visit a different tourist attraction, unique, entertaining and educating then you can try coming to Saung Angklung Udjo. Saung Angklung Udjo is the center of preservation and traditional cultural performances in Bandung. For parents, you can remember the past of playing angklung in this place, while for your child, they can learn to know the culture of Indonesia that have been rarely found in  big cities.

In addition to art and cultural tourism visits, Saung Angklung Udjo also often get visits from school entourage who want to learn traditional culture directly in place. Saung Angklung Udjo also attract international attention so that many foreign tourists who come to visit to enjoy the beautiful and comforting angklung voice. A perfect place to learn about Bandung culture. 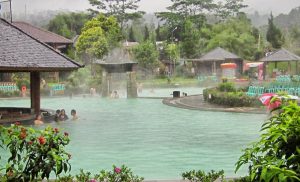 When you are in West Java, its not complete yet if you have not visited one of the existing tourist attraction there. West Java itself is a province that has many interesting tourist objects, one of them is Ciater Hot Spring which is a favorite place of tourists to release the feeling of fatigue after tired of undergoing a daily activity that is so dense with enjoying the warm water in the pool baths.

This place visited by many visitors  because there are many benefits that can be obtained. If you bathing in ciater pond, it gives benefits to health as it can cure skin diseases, rheumatism and others because in the baths pool contains various mineral content. 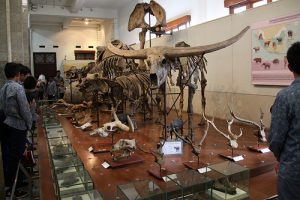 Geology Museum Bandung is a museum that has become a historic building in the city of Bandung, thus attracting the interest of many tourists. This government-protected museum was built on May 16, 1928 and was renovated with a grant from Japan so it remains in good condition as a tourist place worth visiting in Bandung.

In addition to frequent visits, the Museum of Geology Bandung is also often be a destination of study tour located in the city of Bandung and surrounding areas. This is because the collection owned Museum Geology Bandung is very useful for education and has the values ​​of life history and nature conservation that is very educational. Perfect place to study geology. 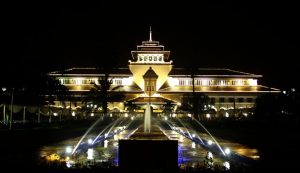 Gedung Sate, with its characteristic in the form of an ornament on its central tower, has long been a landmark of Bandung City which is not only known to the people in West Java, but also all of Indonesia even the model of the building was made a sign for some buildings and signs of the city in West java. For example the form of building the front of Tasikmalaya Railway Station. Started built in 1920, this white building still stands strong but elegant and now serves as the government center of West Java.

You may also check these articles: 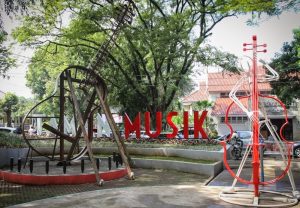 Centrum Musical Park or previously known as Centrum Park or often called PENGKI Park (Pengkolan Funky / Funky Curve) was inaugurated on Saturday 1 March 2014 by the Mayor of Bandung, Ridwan Kamil which at that time was represented by Head of Department of Cemetery and Gardening Ir.H Arief Prasetya M.

Not only to perform, the park can also be a fun hangout for anyone. The dense trees and well-laid out gardens will make visitors feel at home for a long time hanging out there. What a nice place. 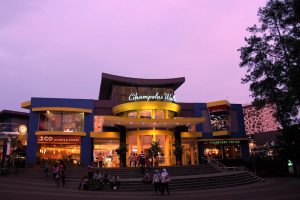 The concept of a comfortable tour with cool and natural air is the thing that differentiates Cihampelas Walk with other malls. With the mix of indoor and outdoor, you can enjoy the comfort of the upscale mall while enjoying the coolness of the mountain air of Bandung. A really good place for shopping and refreshing.

Other Attractions in Braga, Bandung

You must visit these things to do in Braga Bandung, Indonesia:

Okay, those are the places in the list of Top 20 Things to Do in Braga, Bandung, West Java Indonesia. Bandung is absolutely worth to visit. But a little thing we need to say here. You must bring a little more money, because other than attractions, you can taste the street snacks which very delicious. That’s it, have a good day and holiday in Indonesia!

Top 20 Things to Do in North Sumatra, Indonesia (#Enchanting)

14 Best Things to Do in Thousand Islands Indonesia

What Is The Most Inspirational Place to Visit...

Is Bandung Worth Visiting: 10 Facts to Reconsider

How Much Money to Bring in Bandung :...

Things to Do in Indonesian Safari Park Cisarua...