14 Awesome Things to Do in South Sumatra Indonesia 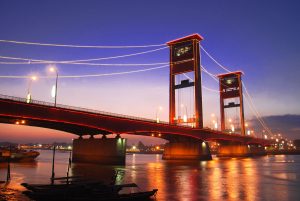 South Sumatra is a province located in the southern part of Sumatra Island. This province consists of 13 regencies and 4 cities. Palembang is the capital of the province. The area of South Sumatra is bypassed by many rivers, one of which is the famous Musi river. In addition, the area is also part of the Bukit Barisan Mountains. South Sumatra has natural resources of petroleum, natural gas and coal.

South Sumatra is famous for its special food made from fish, mpek-mpek. This delicious food has spread throughout Indonesia. Not only mpek-mpek, South Sumatra also has an amazing natural beauty. Visitors can explore from the mountains to the banks of the river. So guys, let’s find out the top things to do in South Sumatra Indonesia. 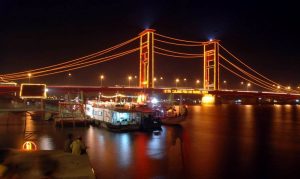 At night the bridge looks beautiful with the lights adorning it. Some might say traveling to Palembang is not complete if you have not witnessed the beauty of Ampera Bridge at night. Ampera Bridge is located at Lintas Sumatera Street, Palembang. No admission, it’s open 24 hours.

Read this article : Beaches in Sumatra 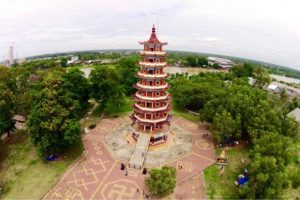 The next on the list is visiting Kemaro Island. The island is situated in the middle of Musi River, about 6 km from the Ampera Bridge. The island is famous for its love legend. Once upon a time, a Chinese trader named Tan Bu An fell in love with the princess of the Sultanate of Palembang named Siti Fatimah. Then Tan Bu An married the princess. After that he took the princess to China to meet his parents. When he came back to Palembang, his parents gave him seven jars.

Arriving at Musi River, Tan Bu An opened the jar. He was surprised to see the contents only vegetables and immediately throw it away. But the broken jar at the bottom of the river looked shimmering, there was gold hidden in the vegetable. He immediately dived into the river to pick it up. But he did not surface. So, Siti Fatimah also dived into the river to find her husband. But she did not surface either. From where they drowned, an island emerged and is known as Kemaro Island.

The island has a temple and an iconic pagoda. Every Chinese New Year and Cap Go Meh many people come to this island. To get here visitors can rent a boat on the dock under Ampera Bridge at a cost of Rp 50,000. There is no entrance ticket to Kemaro Island.

Visit this place : Things to Do in Bangka Island 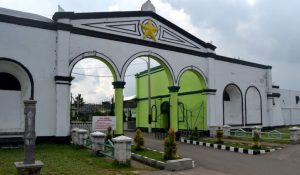 Kuto Besak Fort is the only fortress in Indonesia made by the nation itself. The fort was built from 1780 to 1797 during the reign of Sultan Mahmud Badaruddin II, ruler of the Sultanate of Palembang. Kuto Besak Fort has a length of about 289 meters and a height of about 10 meters. From this place visitors can see the beauty of Musi River and the grandeur of Ampera Bridge.

At night, there are many food stalls around the fort. A variety of delicious foods are sold at affordable prices. The fort is also often used as a place of festivals or entertainment stage. Kuto Besak Fort is located at Sultan Mahmud Badaruddin Street, 19 Ilir, Bukit Kecil, Palembang. The price of entrance ticket is Rp 5.000. Opening hour is 8 am – 5 pm.

Also read : Spots in Lake Toba – Things to Do in Sumatra 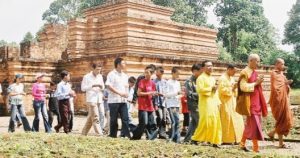 Bumi Ayu temple is a relic of Sriwijaya Kingdom. The temple was discovered by E.P. Tombrink in 1864. Then excavations gradually made on this site. Bumi Ayu Temple is estimated to be built in 897 AD and is the largest Hindu temple outside of Java Island.

Allegedly the temple was once a royal palace. Inside the temple visitors will find many statues that are symbols of Hinduism such as the statue of Shiva, Narawahana, Agastya and Nandi. Bumi Ayu Temple is located at Bumi Ayu Village, Penukal Abab Lematang Ilir Regency. It’s about 300 km from Palembang. No admission, visitors only need to pay parking fee.

Also visit : Things to Do in Bintan Island 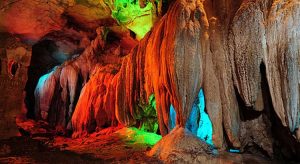 It is believed that inside the cave visitors should behave politely to keep the guardian spirit from anger. Putri Cave is located at Padang Bindu Village, Semindang Aji, Ogan Komering Ulu Regency. It’s about 230 km from Palembang. The price of entrance ticket is Rp 5.000 and parking fee is Rp 10.000. Opening hour is 8 am – 5 pm.

Also read :Things to Do in Padang 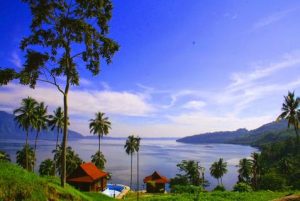 Lake Ranau is the second largest lake on Sumatra Island after Lake Toba. The lake was created from earthquakes and volcanic eruptions. Right in the middle of the lake there is Marisa Island. The island has a hot spring that is believed to cure various skin diseases. Visitors can rent a boat to get here.

In addition Lake Ranau has cool atmosphere so that visitors feel at home enjoying the beautiful scenery around the lake. Visitors can see a vast expanse of rice fields and coffee plantations owned by local residents. If visitors want to see the beauty of the lake at night, they can stay in hotels around the lake. Lake Ranau is located in Ogan Komering Ulu Regency. It’s about 9 hours drive from Palembang. The price of entrance ticket is Rp 5.000.

Check this article : Things to Do in Belitung 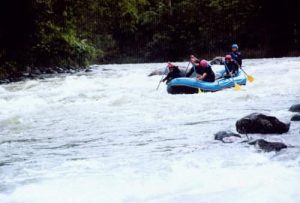 Manna River is a rafting destination in South Sumatra. The river has varying degrees of difficulty. The river path is very rough with twisting current and rock walls on riverside. The beautiful green trees line along the river. Certainly visitors will be excited and pumped their adrenaline.

For the sake of safety visitors must follow the instructions of the guide. Manna river is located in Tanjung Sakti, Lahat Regency. It’s about 40 km from Pagar Alam. The cost of rafting is about Rp 500,000. Opening hour is 9 am – 4 pm. 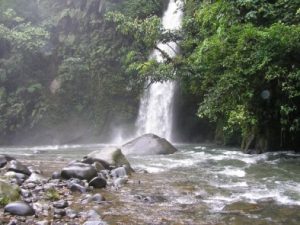 The name of the waterfall came from the legend that the waterfall is the bathing place of the angels (bidadari). This famous Bidadari Waterfall has a height of about 30 meters. Under the waterfall there is a shallow pool that can be used for bathing or playing water. Besides, the nature around the waterfall is very beautiful.

It’s the perfect place to hide from whatever the hustle and bustle of the city. Bidadari Waterfall is located in Karang Dalam Village, Pulau Pinang, Lahat Regency. It’s about 231 km from Palembang. No admission, visitors only need to pay parking fee. Opening hour is 8 am – 5 pm.

Read this : Things to Do in Bukit Peninsula Bali 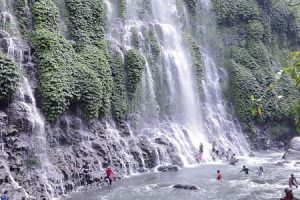 Curup Maung Waterfall looks unique and different from other waterfalls. The waterfall with a height of about 80 meters is divided by a grassy wall so that it looks like a curtain. The pond formed under the waterfall can be used to play water.

In addition the beautiful nature around Curup Maung Waterfall gives an awesome view. Curup Maung Waterfall is located in Rinduhati Village, Gumay Ulu, Lahat Regency. It’s about 220 km from Palembang. No admission, visitors only need to pay parking fee which is Rp 5.000. Opening hour is 8 am – 5 pm.

Indeed, here are more things to do in South Sumatra Indonesia: 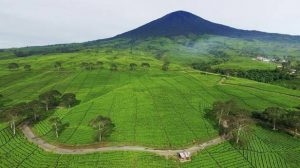 But all the hard work is paid when visitors get to the top. The view from the top of Mount Dempo is amazingly beautiful. Visitors can see the expanse of tea gardens, Bukit Barisan Mountains, Pagaralam City and the awesome sunrise view. Mount Dempo is located in Pagar Alam Regency. It’s about 8 hours drive from Palembang. Visitors need to register themselves before climbing and pay a fee of Rp 2.000.

Visit this place : Things to Do in Sorong 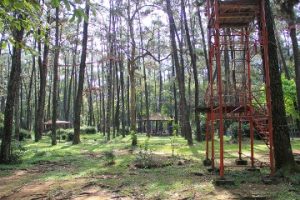 Punti Kayu City Forest is situated right in the middle of the bustling Palembang. This 40 hectare forest is a great place to relax with family. It has a various types of plants, such as Pinus, Acacia, Mahogany, Talog, and Pulai. The long-tailed monkeys, squirrels, lizards, and civets live in Punti Kayu City Forest.

Read these articles : Things to Do Near Monas (National Monument of Indonesia) – Things to Do near Uluwatu Temple Bali 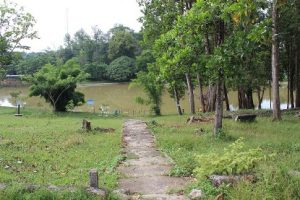 Ribang Kemambang Park means a place for fun. This park is perfect for relaxing with family or friends. Ribang Kemambang Park is filled with large trees that make it shady. Visitors can fish in a large pond that contains various fish. There are also duck boats that can be ridden by children to get around the pond.

In addition, the park can be used for camping or outbound. Ribang Kemambang Park is located in Bandar Jaya, Lahat Regency. The price of entrance ticket is Rp 5.000. Opening hour is 9 am – 5 pm.

Also read : Things to Do in Mount Rinjani Lombok 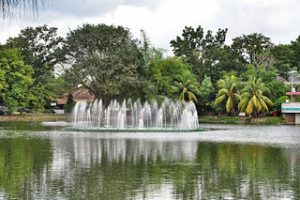 Kambang Iwak Park has an area of about 5 hectares and was built in the 1900’s. Every morning many people come to this park to do sports such as jogging, gymnastics or just walking around the park. The big trees stand along the jogging track becomes the attraction of Kambang Iwak Park.

In the middle of the park there is a lake decorated with fountains. When the night comes, the fountain becomes colorful by the light of the lamp. Not only that, the park also has children’s playground, sitting bench, water faucet, and free wifi. Kambang Iwak Park is located at Ki Ranggo Wirosantiko Street, Palembang. No admission, it’s open 24 hours.

Visit this place : Most Beautiful Beaches in Indonesia 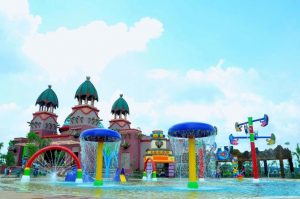 Amanzi Waterpark is now a new icon of Palembang. The amusement park was opened in 2011 and has an area of 3.5 hectares. It has many exciting rides that can boost adrenaline such as regular slide, spiral slide, speed slide, current pool, children pool and adult pool.

You may read these articles :

14 Things to Do in Jambi Indonesia #1 Lovely Spots

Top 4 Historical Places in Palembang to Have...

25 Things to Do in Palembang #Wonderful Places...